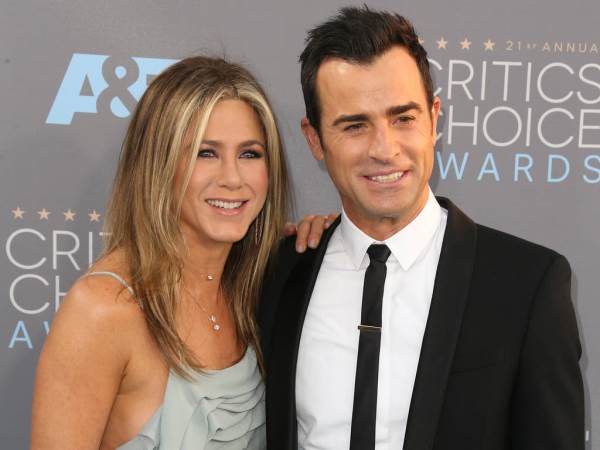 The star admits he was annoyed by all the attention on his wife's belly, insisting gossips and tabloid reporters desperate to land the big story "bullied" a statement out of the former Friends star.

In a lengthy rant about the standard of tabloid journalism, Jennifer wrote: "For the record, I am not pregnant. What I am is fed up. I'm fed up with the sport-like scrutiny and body shaming that occurs daily under the guise of 'journalism', the 'First Amendment' and 'celebrity news.'"

She added, "Every day my husband and I are harassed by dozens of aggressive photographers staked outside our home, who will go to shocking lengths to obtain any kind of photo, even if it means endangering us or the unlucky pedestrians who happen to be nearby."

Proud Theroux applauds his wife's carefully-constructed response, telling Men's Health magazine, "I was very proud of what she wrote. It was a rare insight into how disgusting all that is. At some point it becomes bullying."

"It sucks when people aim cameras at your stomach on some bizarre womb watch," he adds. "But more to the point, it's equally damaging to the national conversation."

Meanwhile, a publicist for the couple, who wed last year, recently had to dismiss reports suggesting Jennifer and Justin had split up in the wake of her ex-husband Brad Pitt's divorce drama.

The spokesperson hit out at a story in America's In Touch Weekly magazine, which suggested the break-up came after Theroux made contact with his ex-girlfriend of 14 years, Heidi Bevins.

Aniston's representative told Mirror.co.uk the story was "a complete fabrication", and the 47-year-old is still happily married to her husband.

You may also like: Jennifer Aniston ‘ready to adopt’