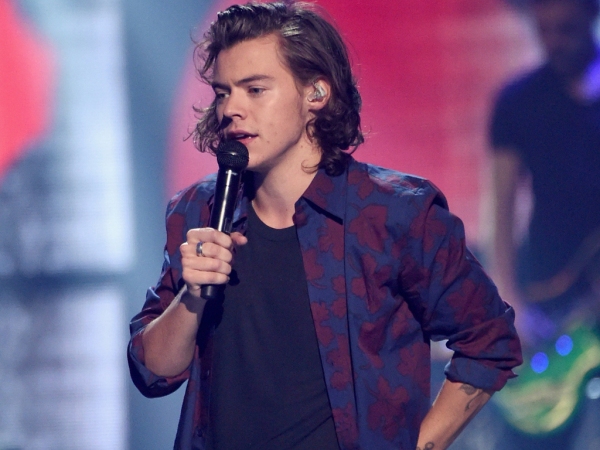 Harry Styles is apparently just "having fun" with his new date.

The One Direction star was recently seen picking up pumpkins in LA with comedy writer-and-actress Erin Foster. The pair reportedly met each other a year ago through Kimberly Stewart, who the 20-year-old singer briefly dated. "Erin and Harry met... and stayed in touch," a source told British magazine Grazia. "Erin's dad, David, is a top music producer and a good friend of Kimberly's dad, Rod Stewart. When Harry was seeing Kimberly briefly last year, he stayed at the Stewart's mansion and saw David a lot. He first met Erin at Penny Lancaster's birthday last year, and they've been hanging out in LA." Erin isn't the first older woman that Harry has dated. The star made headlines when, aged 17, he struck up a relationship with British TV presenter Caroline Flack, who was (31). Meanwhile Erin, who is best friends with Nicole Richie, has been linked to DJ Sam Ronson, who she reportedly dated for nine months, and Ryan Gosling. Apparently neither party sees their new relationship as anything significant.

‘Erin and Harry met... and stayed in touch’

"After visiting the pumpkin patch, they went for dinner," the source continued. "It's nothing serious, but they're both having fun."

Harry certainly seems to be enjoying the dating scene. The curly-locked singer is also rumoured to have enjoyed a date with Roar singer Katy Perry last month. The meeting came after another of Harry's exes, Taylor Swift, spoke of a feud with a fellow songstress, with suggestions she meant Katy (29).

"Harry reached out to Katy, because if anyone knows how Taylor can be sometimes, it's him," a source told British magazine Look. "Katy was touched and asked him to dinner. She's enjoying it, but there may be a little element of revenge behind it too."