Kendra: I had to send my son away 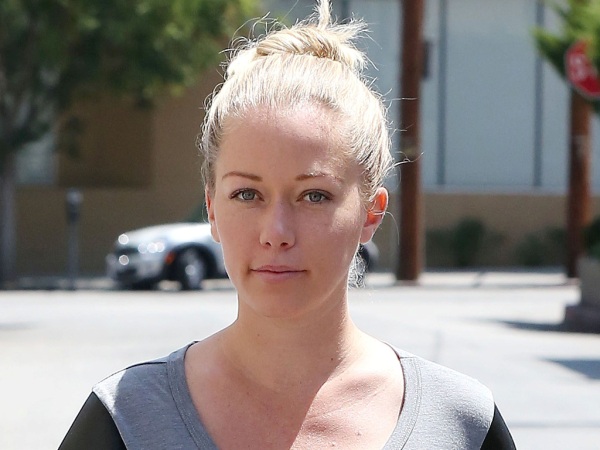 Kendra Wilkinson felt like she gave her son “away to the man who’d cheated on his family”.

Kendra and husband Hank Baskett split following allegations that the former NFL star had an affair with transgender model Ava London. Apparently, the former girlfriend of Hugh Hefner struggled with how to protect her son when things began to fall apart. "I was like, you need to take him and just hide out for a while," the former The Girls Next Door star told People magazine, explaining she asked Hank to take their four-year-old son Hank Jr to New Mexico when news broke of the affair. "But what was so hard about it was that I felt I just gave my son away to the man who'd cheated on his family." Kendra added she knew there was going to be a “sh*tstorm” and she needed to “calm down”. But the 29-year-old was also concerned for her son’s safety.

"It was so gross to me, but I knew in the back of my mind that he's a great father," she explained her decision to send Hank Jr away with his father while she stayed home with their daughter.

"If he'd stayed here, he'd have been hounded. If I took him to preschool, to the movies, I would not feel safe. But giving Little Hank to Hank to go to New Mexico was probably the hardest thing I've ever had to do in my life."

Kendra and Hank were married in 2009 and have two children together. The reality television star gave birth to daughter Alijah in May of this year.

The couple was already filming the next batch of episodes for their reality show Kendra on Top when the scandal broke. According to We TV, Hank’s alleged affair won’t be glossed over on the series, which premiers its next season on Oct. 3.