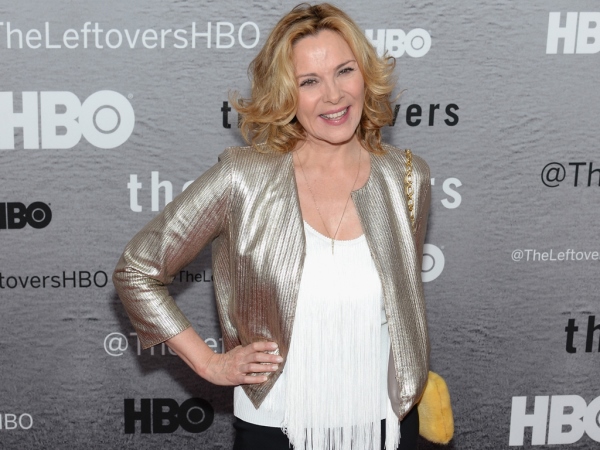 Kim Cattrall didn't think she could "pull off" her Sex and the City character. The 58-year-old actress played Samantha Jones in the hit HBO series alongside Sarah Jessica Parker, Cynthia Nixon and Kristin Davis. The character was renowned for her penchant for men and sex, and while Kim carried off the role with aplomb, she was initially worried she'd be a laughing stock among her peers.

'I was 41, playing a role where you usually saw women in their 20s'

"I didn’t know if I could pull it off,” she admitted to the New York Daily News. “I was 41, playing a role where you usually saw women in their 20s... The fear it instilled in me was a fear of being laughed at. Thank God I was around the right people and found a way to do it.”

It wasn't that Kim was prudish in real life that made her so hesitant. In fact, she had a mother who was very open with her about sex and encouraged the same approach in her daughter.

"I was very lucky to have had a mother who, when the Pill came out, told me that if I ever had any trouble, I could come to her,” she said. “The subject was very open. Not all my girlfriends had mothers like that.”

Kim doesn't take for granted that she grew up in an era when the Pill was introduced, as it liberated women from the concern that any sexual encounter could mean pregnancy.

"It meant you had more time to find out who you were and who you wanted to be," she added.

However, the Mannequin star admits that, even at her age, she is still trying to figure some things out.

"In my late 50s I still have all of [those worries]. 'You’re this, you’re that, who am I? I’m not sure that’s who I want to be, or that’s all I want to do.' It’s terrifying," she revealed, adding it's not necessarily all bad."It makes you very aware of using the time you have.”