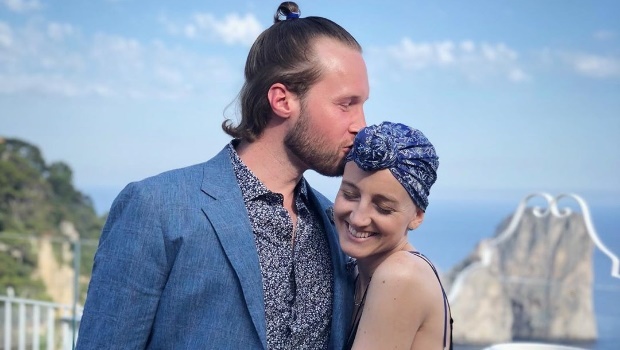 Despite only going on one date, this woman’s boyfriend moved from Vancouver to London to be with her after her shock cancer diagnosis.

Emily Gosling (31) who moved to Ontario, Canada, from Bermuda at 14, had been working for the family’s rum business since 2013, which gave her the exciting prospect of relocating to London in January 2018.

But during a business trip to Vancouver in May 2017, Emily met Dave Butlers (31), a wine director for a restaurant selling Emily’s brand of rum.

The pair had an instant connection, but Emily was aware that she was moving to London so nothing came of it.

Relocating to Clapham in London was an exciting new challenge for Emily. But just a few months later, she returned to Vancouver for another business trip, during which she saw Dave again and the pair went on their first date.

Although they knew they wouldn’t get to live in the same city for a year until Emily moved back to Canada, they both felt there was something good between them and opted to try a long-distance relationship.

The pair spoke about how they’d decorate a flat together and what trips they’d take when they were reunited. Dave even found a flat and the lease began in April 2019.

But after experiencing night sweats, bloating, kidney pain and fatigue for a few weeks, Emily saw her GP who referred her for an ultrasound. The results of the ultrasound looked troubling, so Emily had an emergency MRI and on 19 March 2019, she was diagnosed with germ cell ovarian cancer.

Within a week of her diagnosis Dave flew to London to be with her. Emily’s cancer was aggressive and she began chemotherapy immediately, followed by surgery to remove a 17cm tumour.

“The afternoon of my diagnosis, I met with a gynaecological oncology surgeon to discuss my options,” Emily said.

“It was shocking to hear all of this over a few hours. Then a few days later, I had a CT scan to determine whether the cancer had spread. Fortunately, it hadn’t.

“My GP said that based on the results of the CT scan, and the size and speed of tumour growth, I’d undergo four to six months of chemotherapy to shrink the tumour before they operated.”

The cancer diagnosis derailed the couple’s plans to live together, but Dave made the decision to quit his job in Vancouver and move to London so that he could support Emily.

The global brand ambassador believes that the months spent living together in London deeply strengthened their relationship because Dave remained by her side throughout her battle.

“I knew early on there was something special about Dave and I was so excited to build a home with him.

“During my time in London many of our phone conversations were spent planning how we’d decorate the flat, the trips we’d go on and how we’d like to spend our lives together.

“The one positive thing about the cancer diagnosis was that we got to live together sooner than we’d planned, even though the situation wasn’t quite what we had planned.

“There’s no doubt that the months in London strengthened our relationship. He was by my side the whole time, and while our plan A might’ve been easier, I wouldn’t trade the time we spent together or the experiences we’ve shared,” she said.

Emily reveals that she and Dave are now planning to start a family. “Dave has been part of the fertility conversation since my diagnosis because this affects him too.

“We talked about having kids before my diagnosis and he’s been so supportive throughout this entire process.

“He wants the best for me and we both agree that the best thing is for me to survive.

“Throughout this whole process Dave has never made me feel like he was trapped or angry for the unexpected turn our lives took.

“He’s the strongest man I’ve ever met and he was there for me every step of the way. Something like this brings out the truth in a person and I feel like I truly know him.”

Read more on:
cancergirlman
LATEST YOU