Man suffers third-degree burns after his phone charger electrocutes him 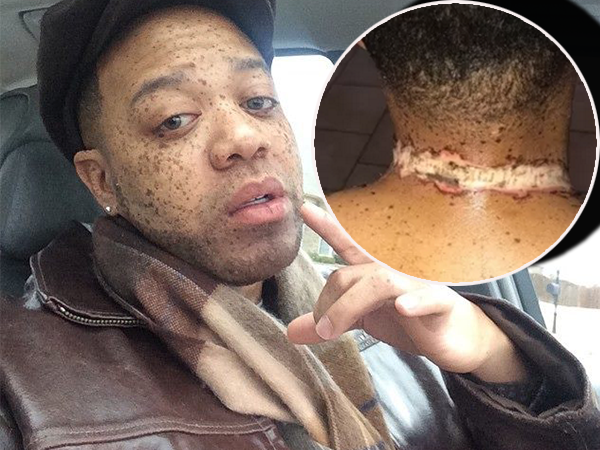 Wiley Day couldn't have imagined the knock-off iPhone extension cord would send him to hospital with third-degree burns.

The 32-year-old American from Huntsville, Alabama, had been scrolling through his social-media feed in bed, just like most of us do regularly. He then plugged his iPhone in to charge next to his pillow and went to sleep.

According to BuzzFeed, while he was sleeping, his dog-tag necklace slipped between the exposed prongs of his charger and the extension cord. The electric shock threw him to the floor. He didn't know it at the time but 110 volts of electricity were shooting through his body. "This is how you die," Day remembers thinking as his vision started fading. Day described the numbness and heaviness he felt as he lay on his bedroom floor. He somehow managed to rip his necklace from his neck and drove himself to hospital. Day told BuzzFeed he only realized he'd been electrocuted when he saw that his sheets were smoking and pieces of flesh were missing from where the chain had seared into his neck.

"I could taste burnt wire in my mouth," he recalls. "My hand still has the chain print on it."

Dr. Benjamin Fail told WAAY-TV that 100 volts of electricity is enough to kill a person. He estimated that Day had been struck by about 110 volts. "He's lucky to be alive."

Apple has declined to comment but referred BuzzFeed to the Apple support page on its website that recommends using only Apple-certified accessories.

Day says he never thought twice about buying the extension cord because so many people use them to charge their phones, iPads and other devices while they read in bed.

Sources: Buzzfeed, Facebook
We live in a world where facts and fiction get blurred
In times of uncertainty you need journalism you can trust. For 14 free days, you can have access to a world of in-depth analyses, investigative journalism, top opinions and a range of features. Journalism strengthens democracy. Invest in the future today. Thereafter you will be billed R75 per month. You can cancel anytime and if you cancel within 14 days you won't be billed.
Subscribe to News24
Next on You
Do you believe in soulmates? Here's how your answer could be affecting your relationship