Man's missing wife 'comes back to life' – on Instagram The exquisite pageant queen and her billionaire husband seemed to have it all. 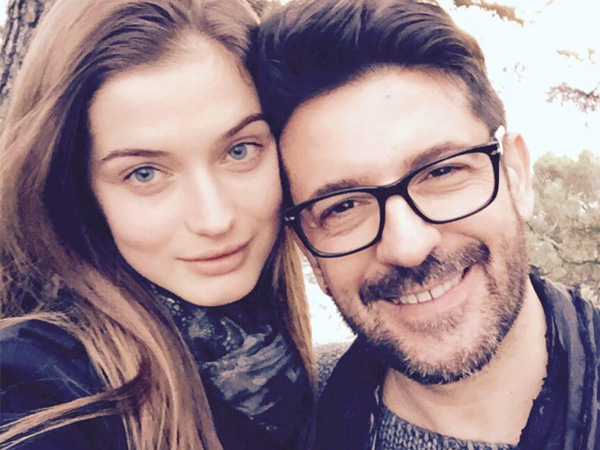 Gianluca Cervara posted this loved-up photo of his wife, Anna Zaiachkivska, and himself on Facebook in May.

They had just wed in an understated court wedding in Italy, and were planning a beautiful church wedding this month.

The 24-year-old former Miss Ukraine told her Italian businessman husband Gianluca Cervara that she was just stepping out for some fresh air, NY Post reports.

And he never saw he again – in person, that is.

Gianluca even enlisted help from the police when his lovely wife didn't return to their Milan home. According to MailOnline, he feared the emerald-eyed beauty had been abducted – or worse.

It turns out Anna was alive and well, having a merry time in New York. The young model and artist had posted several carefree snaps since her disappearance, hashtagging them #freedom.

Gianluca was furious, lashing out at her in comments on her posts. “Your husband in Milan and parents say thank you for be in New York with address of another man,” he wrote in broken English. “Wooooow Married escape without tell And with fake address in New York!!” But Anna is unrepentant. She told Ukraine site tochka.net that her husband was abusive, according to MailOnline.

“He raised his hands against me,” she said.

“The first time when he did it I ran away to my parents' house in (the western Ukrainian city of) Ivano-Frankivsk.

“I did not tell them what the matter was. He came to get me, and I gave him a second chance, but during an argument he spat in my face, and I simply could not take it.

“I said I'm going to leave him, but I changed my mind again.”

“I had headaches for a week but Gianluca did not care about it,” she complained. “Finally I decided I needed to make changes as I was fed up of living in a golden cage and I ran away.”

Now, her furious husband is suing her for violating their prenuptial agreement.

"She has lots of pretty photos taken in five-star hotels, she is posing with other men. She does not look unhappy at all," Gianluca says.

"All I can say is she is not the person she is pretending to be."

A week before she vanished, Anna posted a smitten message to her husband. “My amazing Gianluca Cervara, thank you that I can be your flower and part of the family,” she wrote on social media – although she now appears to have deleted the message.