Megan Fox is a mom again! 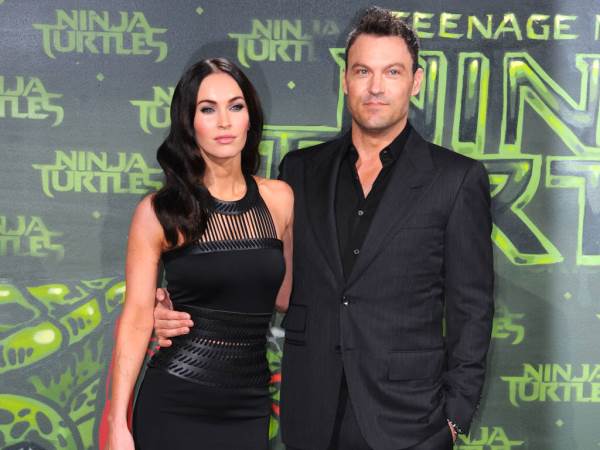 The Transformers beauty gave birth to Journey River Green on 4 August, 2016 according to E! News.

The newborn is a little brother for three-year-old Noah and two-year-old Bodhi.

Megan surprised fans with her pregnancy news in April, 2016 when she debuted her baby bump at a Teenage Mutant Ninja Turtles: Out of the Shadows event in Las Vegas, eight months after filing for divorce from Green.

The couple has since reconciled and the new mum revealed she and Brian decided to give their marriage another go during a romantic vacation to Hawaii, where they tied the knot in 2010, shortly after going public with her baby news.

Megan recently admitted she didn't plan to have another child anytime soon, especially as her eldest two boys are so close in age.

"I knew I was always going to be a mother - I felt like that was always a big part of my path," she told U.S. talk show host Chelsea Handler, before admitting, "I never knew I was going to have three in such rapid succession."

The actress' father Franklin revealed the reunited couple was expecting another boy in June, 2016.

"Megan is an amazing mum and I can't believe she is going to have three boys," he told the Daily Mail Online. "Becoming a grandfather has been a wonderful experience and brought us all even closer together."

And Franklin insisted Megan and Brian were happier than ever.

You may also like: Megan Fox rekindled Brian Austin Green romance during getaway

"All I can say is that they are together and they are happy," he added. "I've met Brian a ton of times now and he is a great guy."