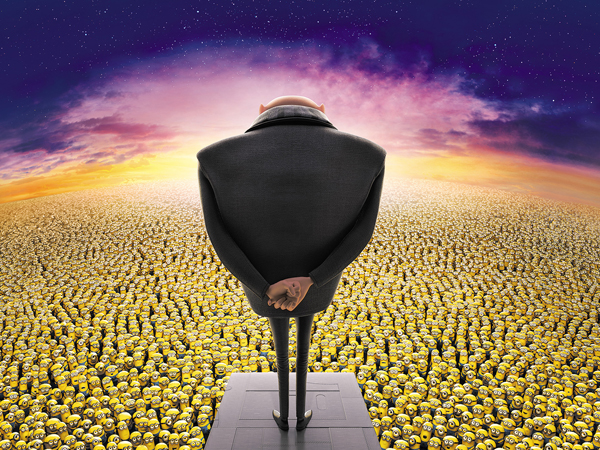 Former supervillian Gru (voiced by Steve Carell of Evan Almighty) is back in the animated adventure Despicable Me 2 (PG).

After giving up his nefarious ways to be a father to three orphaned girls, Gru is at a loose end until he’s recruited by Agent Lucy Wilde (Kristen Wiig of Bridesmaids) of the Anti-villain League to help stop a new super criminal.

Most critics gave the film positive reviews – it received 74 per cent on reviews aggregate site Rotten Tomatoes where it was noted the movie “may not be as inspired as its predecessor, but offers plenty of eye-popping visual inventiveness and a number of big laughs”.

There he meets Ella (Antoinette Louw, best known for playing Inge in 7de Laan), a woman with cancer whose dying wish is to dance the perfect tango. But then Basson escapes from custody and makes his way to Loxton.

Laetitia Pople of Die Burger gave the film four stars, writing that Meyer creates a delicate balance between the thriller elements and humorous scenes and that he can do romance without laying it on too thick. The film’s age restriction isn’t available yet.

After coasting in mediocre romcoms for a few years, Matthew McConaughey continues on his quest to regain his credibility as an actor by playing a sleazy Texan cop who moonlights as a hitman in Killer Joe (18LNSV).

A young drug dealer, Chris (Emile Hirsch of Into the Wild), who’s in debt to local thugs, comes up with the harebrained idea of hiring hitman Killer Joe (McConaughey) to kill his mother so he can claim the insurance money.

But when Chris can’t pay him upfront Joe takes Chris’ sister, Dottie (Juno Temple of The Three Musketeers), as insurance and the two develop a strange bond.

The film received 77 per cent on Rotten Tomatoes where it was described as “violent, lurid and darkly comic with strong performances”. Rene Rodriguez of the Miami Herald praised McConaughey “whose portrayal of sadistic, manipulative evil is mesmerising”.