No letting up until Baby C’s arrival 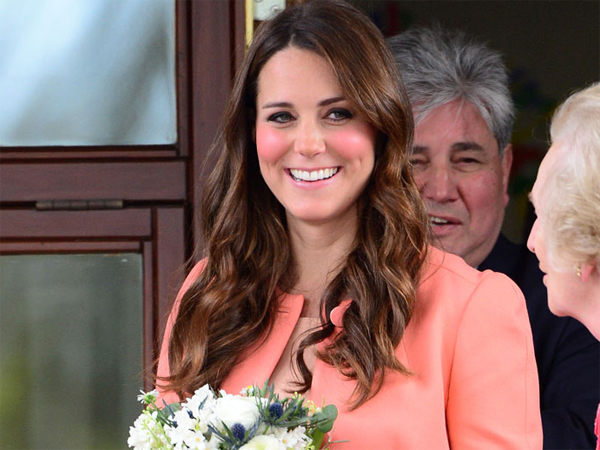 If Baby Cambridge arrives on 13 July this is probably the last week Catherine will be seen in public.

Contrary to expectation she didn’t put in an appearance over the weekend at the country wedding of pals, but did attend the service to commemorate the 60th anniversary of Queen Elizabeth II’s coronation.

She was also spotted in a bright yellow coat dress and LK Bennett heels at the Queen’s garden party at Buckingham Palace last week.

Catherine has been quick to learn duty comes first. She and William were keen to keep the news about their pregnancy under wraps for a while longer but her extreme morning sickness put paid to that.

Now people are taking bets on when and where the next heir to the British throne after Charles and William will make its arrival and what his or her name will be.

Catherine was spied doing last-minute shopping for the nursery at an exclusive Chelsea boutique recently while her sister, Pippa, prepares to throw a stork party for her and her closest pals who’ll probably shower her with gifts and each get a special gift pack themselves, rumoured to contain Jo Malone scented candles among others.

The duchess will perform her last royal duties this week before going on maternity leave. On Thursday she’ll officially name a boat – the Royal Princess – in Southampton, giving it a traditional send-off by breaking a bottle of champagne on its bow, and on Saturday, depending on if she’s up to it, she’ll attend the Trooping of the Colour. On Monday we may, just may, see her at Windsor Castle for the annual Order of the Garter ceremony, but that’s a big maybe.

Then the countdown starts in earnest – 13 July is also my birthday so perhaps it’ll be a double celebration!