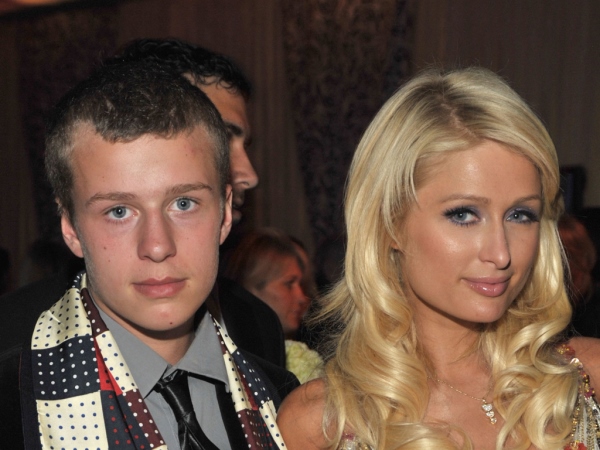 Paris Hilton’s little brother Conrad has apparently been seriously injured in a car crash. The Desert Sun newspaper reports the 19-year-old hotel heir was driving on the I-10 California freeway near Palm Springs on Saturday when the accident occurred. The California Highway Patrol tells the publication Conrad was travelling in his 2013 BMW at a high rate of speed around 12:20pm before he accidentally swiped a 1971 Volkswagen in its left rear while attempting to cross over into the right hand lane of traffic. The teenager’s car then collided with a tractor trailer driven by 31-year-old Davy Van, who was not injured.

'Several motorists called him in for reckless driving, but he was not being pursued at the time of the collision'

Conrad is said to have been freed from his wrecked vehicle by the jaws of life and then swiftly transported to Desert Regional Medical Center for treatment. The CHP claims he sustained “major injuries” in the crash.

Officer Stephanie Hamilton revealed a U.S. Forest Service park ranger attempted to stop Conrad for speeding and passing along the right shoulder near Cherry Valley before the crash occurred.

“The park ranger lost sight of Hilton's vehicle shortly after the Highway 60 split," she shared. "Several motorists called him in for reckless driving, but he was not being pursued at the time of the collision."

According to Phillip Singler, who was driving the Volkswagen that Conrad initially collided with, the entire incident was terrifying.

"It was scary. I was knocked across the freeway," Phillip recalled.

Although he didn’t sustain any extreme injuries, the driver will be visiting a doctor on Tuesday for a thorough check-up.

At press time it remains unconfirmed if Conrad has been released from hospital. Police officials have determined drugs and alcohol took no part in the accident.