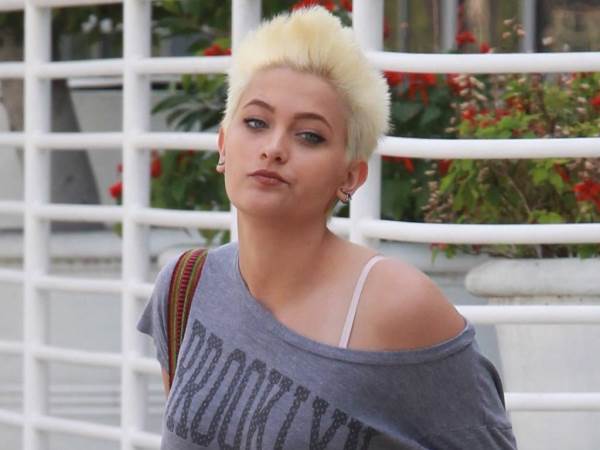 Michael Jackson's daughter spent time in hospital and a residential treatment centre in 2013 after an apparent suicide attempt, and she has now revealed in an lengthy video rant on Instagram she tried to take her own life because the hatred she received online got too much to handle. She also emotionally admits nothing has changed and she is still getting "harassed" on a daily basis.

"I don't understand how there can be so much hatred in the world right now," she said while crying. "I've tried sticking up for myself. I've tried the whole blocking the haters thing, not reading the comments, I've tried a lot of things. Ignoring it. But it's hard when there's so much of it.

"When I was 14 I got so much hatred that I tried to kill myself and I took, like, a two-year break from social media and then people asked me to come back, to make my Instagram public again, so I did. And nothing changed!" Paris, now 18, confesses she doesn't know why she is considered an easy target for trolls but the abuse is making her exhausted. She then turns the conversation to Justin Bieber and his rumoured girlfriend Sofia Richie. The pop star deleted his Instagram in August, 2016 just days after threatening to make his account private if he continued to receive hateful messages about Sofia, also 18. Read more: Paris Jackson covers up signs of self-hatred with tattoos "F**king Justin Bieber went into a downward spiral because everybody that he dates gets so much hate," Paris continued. "I have known his girlfriend, Sofia, since I was like 12 or 13. She's one of the sweetest girls in the world and people are telling her to kill herself!

i don't blame justin for deleting his instagram account. the type of harassment i see on my account daily is enough to make someone suicidal — Paris Jackso? (@ParisJackson) September 14, 2016

"I mean we're human beings, man! We got hearts and brains and feelings, and when you say damaging things like that to people, it f**ks 'em up, it really f**ks people up when you do that."

The 18-year-old has now deleted her video, but she has kept a tweet in which she writes she doesn't "blame" Justin for deleting Instagram, and added, "The type of harassment i see on my account daily is enough to make someone suicidal."

You may also like: Paris Jackson ‘in a good place’