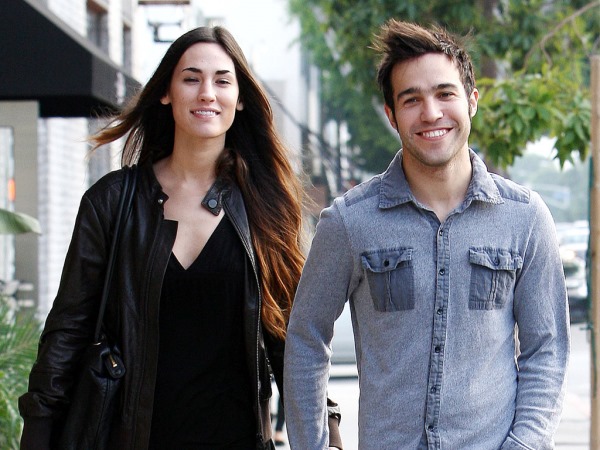 Pete Wentz has revealed the inspiration for his son’s name. The Fall Out Boy rocker and girlfriend Meagan Camper welcomed baby Saint Laszlo into the world on August 20.

'We thought he’d be a saint if he waited to arrive until his dad was home from tour, and he did'

And as the couple introduced their son in an exclusive photoshoot for People magazine, they explained why they chose the unique moniker.

“I think at some point, the name Saint came up because we thought he’d be a saint if he waited to arrive until his dad was home from tour, and he did,” the pair shared. “The name suits him.”

Pete, 35, also revealed he has been amazed to see 25-year-old Meagan adapt so quickly to becoming a parent for the first time.

The musician, who also assisted in the delivery, is already father to five-year-old son Bronx with ex-wife Ashlee Simpson.

“Meagan is a natural mom and it’s amazing to watch her with him,” Pete said.

Now they are parents to Saint, it seems marriage could be the next stage in Pete and Meagan’s relationship.

The rocker recently said the couple talk about marriage “a lot”.

“I feel really lucky,” he gushed during an interview on The Wendy Williams Show. “It’s really interesting when you’re in a relationship with somebody who’s truly my best friend. I talk to her about everything.

“She will tell me when I’m being not so insane, and sometimes she’s like, ‘You’re being a little bit insane.’ So, it’s very helpful.”

Pete also confessed most times he feels his better half is too good for him.

The rocker admitted seeing photos of the pair really hit the point home.

“I’m looking at this picture, and I’m like, ‘Wow, it’s insane that she hangs out with me. It’s like, ‘Hot girl pictured with homeless man!’” he laughed.