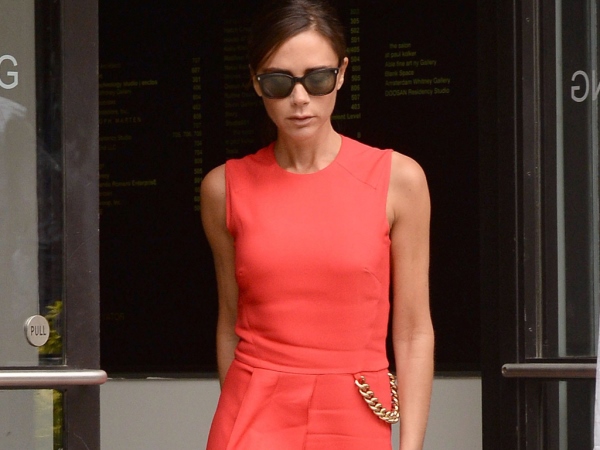 Victoria Beckham was reportedly "a bit lonely" while in Los Angeles recently. The fashion designer and her family used to live in the sunny American city, but moved back to London, UK, after her husband David's tenure with soccer club LA Galaxy ended.

'She literally had no one to hang out with over there'

She's been open about how much she loves Los Angeles and the family spent their summer holiday there recently, but apparently it wasn't as fun as Victoria had hoped.

"I think Victoria was a bit lonely in LA this time around. When she lived there, she loved her very glam Hollywood friends and would always have dinner in the latest LA spots around Beverly Hills - she liked doing lunches and nights out with Eva [Longoria] and Kate [Beckinsale] and even Katie [Holmes] at the start. In fact, by the time the Beckhams were planning to move back to London she had loads of female friends... But this time, she literally had no one to hang out with over there," an insider told British magazine Heat.

Victoria has been very busy of late, having her London mansion renovated and working on her first standalone store in the UK capital. It's meant she hasn't always had time for her pals, but she's now apparently started to rethink who she wants to be around.

"There's the fact that LA is very cliquey, and people are always networking over there," the source said. "I think she's come to realise that some people no longer invite her to places, as she can't be of any use to them."

This has all apparently made the star re-think her London plans, with claims she is now on the hunt for a new home in the capital city as she wants somewhere more private.