On 16 September 1992, then 18-year-old Leilani Kuter’s life was forever changed. A man overpowered her at a church complex and sexually assaulted her.

Now, 27 years later, she’s ready to use her story for the good of others – to inspire them to focus on survival, step by step.

On 4 April this year Leilani returned to the scene of her trauma – room 252 at the Dutch Reformed Church’s youth centre in Vermeulen Street, Pretoria.

“I wanted to close that door forever. I’ll never go back,” Leilani tells YOU. She decided to do something to regain the power she was robbed of when raped.

She wanted to do her own pilgrimage through South Africa: 27km every day for 27 consecutive days – a total of 729km. She chose 16 September as her start day because it’s her birthday.

Shortly after she returned to the scene of the crime in April, she bumped into Gerhard Botes, an old acquaintance. His wife, Betsie, encouraged Gerhard to help Leilani in her quest.

Gerhard will be driving from town to town as Leilani completes her 27-km daily stretch. The ATKV (an Afrikaans cultural organisation) has also stepped in to offer her free accommodation at its resorts, where she’ll be stopping off to share her story. Gerhard will be making a documentary film about her epic journey.

Leilani, from a middle-class Pretoria family, has always been independently minded and left school at age 15 to start working. When she was 17, she was working as an administrative clerk in the government’s finance department, and staying at the Vermeulen Street youth centre in Pretoria.

On the day of the assault, she’d taken the day off to run a few errands in the city. Upon returning, she sat next to the swimming pool for a while, before returning to her room.

As she sat on her bed waiting for a friend, there was a knock on the door. A man in his late 20s, who introduced himself as Frankie, stood at her door.

“He told me the person in the room next to mine is his sister and that their grandmother had passed away. He’d come to give her the sad news,” Leilani recalls. “I didn’t think about it too long and let him in.

“Within seconds he was on top of me. I tried reasoning with him but he wouldn’t listen. He took off his belt and wrapped it around my neck while he raped me so brutally that I lost consciousness. 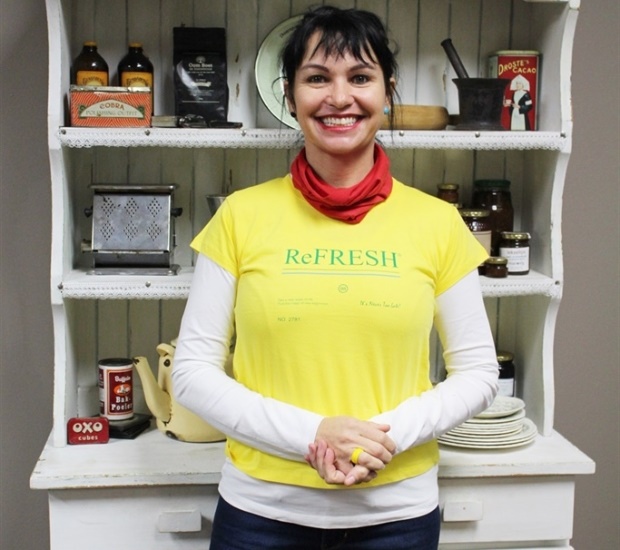 “I recall thinking of the pocket knife in my top drawer and I considered trying to get a hold of it. When he was done, he left me naked and bloody, the belt still around my neck. And my life had changed forever.

“When the police finally showed up, they told me it was the sixth rape in a week in that area. The police were nonchalant about it. They spoke to me as if they were asking me how I liked my eggs done,” Leilani recalls.

“Though it was the hardest time of my life, I’m glad I went ahead with pressing charges and I got a case number. All the evidence is in safekeeping and thanks to new technology, my rapist might still be caught,” she says.

“I want to show other survivors of sexual violence you can have a good life. I’m married for the second time and I’m very happy. For the past six years I’ve had a healthier marriage.”

She also hopes to raise funds with her walk to assist other survivors who can’t afford it to get counselling.

Read more on:
rape
LATEST YOU