Ready for the MasterChef finale 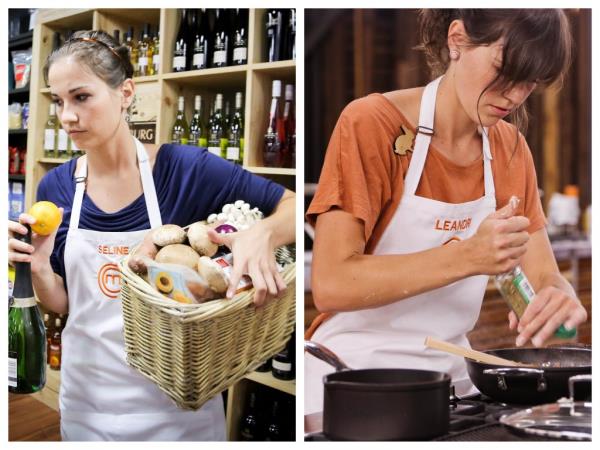 Am I the only one . . . who picks my favourites for a reality TV show and then takes it personally when they’re voted out? I felt that way last week when Tiron was voted off season two of MasterChef South Africa, I wanted him to win and couldn’t understand why the judges were doing this to him – and me!

Tiron was just the perfect reality show contestant; each week he got better and better and you could see his confidence growing. He’d also been at the top winning challenges and at the bottom fighting for his place in the competition in elimination challenges which showed he had spirit and the guts to get to the top. I also like his story, the video store clerk who realised where his talent was and wanted this so badly. My second favourite is Ozzy but I fear he’ll be pipped to the title by one of the girls as he gets so nervous even though he cooks well and seems to be a nice guy. The girls appear to be stronger: Kamini, who has an amazing feel for food but comes across as very aloof, and the sisters Leandri and Seline, who’ve become like one contestant for me as I still forget which one is which. My money is on Seline, the sister without the full fringe (I double checked!) as she’s confident and laid-back. There’s also Jason, who could surprise but it feels as if the title will go to one of the women. A friend who is also into the series says she thinks Leandri has it in the bag while another friend says she sees Kamini walking away with the title. However I wanted Tiron to win . . . I immediately checked his exit interview on Twitter after the episode and he sounds like he’s doing well. I love his idea of opening a smokehouse restaurant in the same spot where the video store he worked at was based in Blairgowrie in Gauteng. He said it opens in November. Much like a MasterChef contestant, season two has just improved with every episode. The trip to Ethiopia was fascinating and I loved finding out more about the country’s cuisine. I looked up Ethiopian restaurants in Cape Town after those episodes as I need to sample injera after watching the contestants nearly collapse in tears trying to make this sourdough pancake-like bread. I have found a place that also serves shiro wot, the split pea and spices dish which Tiron made in the vegetarian invention test. And it was top class having amazing long-distance athlete Haile Gebrselassie as a guest judge. The trip was also at the right point, when viewers needed to see something different happen and I bet the season one contestants are asking, where was our trip? & MasterChef South Africa is at 7.30 pm on Tuesdays and Wednesdays on M-Net.

Ban Junior from the Dome!