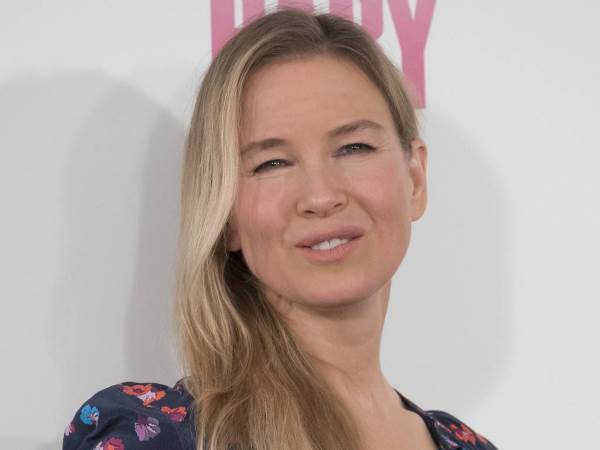 The Cold Mountain star has been on a hectic promotional tour for Bridget Jones's Baby, her first release since her six-year hiatus, and she has been conducting interviews and attending premieres around Europe and now North America.

During a publicity stop in London, Renee, 47, admits the busy schedule caught up to her in the middle of an interview and she couldn’t help but drift off while talking.

Renee made the revelation during an appearance on The Tonight Show Starring Jimmy Fallon on Monday night to prove she's not so different from her clumsy character Bridget Jones, who regularly makes mistakes and ends up in awkward situations.

"I think I fell asleep in an interview about a month ago in London," she said. "I was still talking but I wasn't present... When I came to, I was like 'Wow, you're still talking.' By the look on his face I think he noticed!"

During the show, Renee, who was dressed in a short black playsuit, talked about being a cheerleader in school and showed Jimmy one of her cheers and even took off her heels to show off her high kick, which Jimmy failed to replicate.

They also took part in a game of Sumo wrestling, with Renee winning two out of the three rounds dressed in a fat robot suit while Jimmy lost dressed as Santa Claus.

Renee decided to take a break from the constant cycle of making and promoting films because she felt she wasn't taking care of herself.

"I took on a schedule that is not realistically sustainable... I was aware of the chaos and finally chose different things," she previously told People. "I did work that allows for being still, making a home, loving someone, learning new things, growing as a creative person and finally growing into myself... I am different. I'm happy."

You may also like: Reese: Renée Zellweger critics were cruel