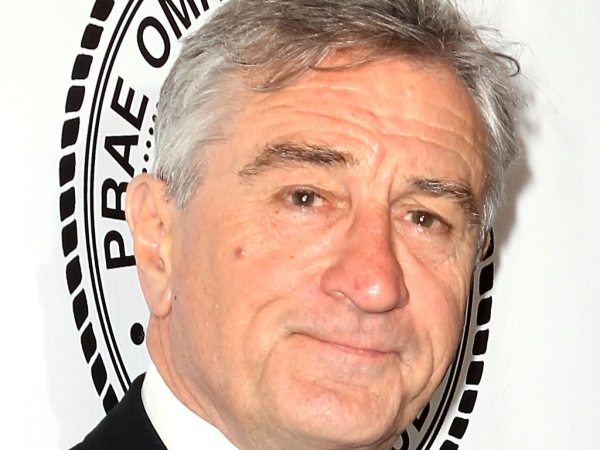 Robert De Niro has dedicated his honour from the Friars Club to his “dear friend” Robin Williams. The legendary actor was presented with the Entertainment Icon Award at the Friars Foundation Gala in New York City Tuesday night. And he took the opportunity to remember his late colleague, who died of an apparent suicide at his California home in August.

'He was a wonderful actor, sure, but those feelings were real. No one could fake that kind of love and compassion'

“If you know me, you know how much I like to laugh. And no one made me laugh like Robin,” he told the crowd, which included the likes of Sharon Stone, Orlando Bloom, Edward Norton, Tony Bennett and Christopher Walken, according to The Hollywood Reporter.

“Of course, it was more than the jokes. He had so much humanity,” Robert continued. “…He was a wonderful actor, sure, but those feelings were real. No one could fake that kind of love and compassion. Robin, my dear friend, I dedicate this award to you.”

Robert and Robin’s friendship went back for decades. The pair co-starred in 1990 feature Awakenings, directed by Penny Marshall, who was also in attendance at the gala.

When a clip from the film was played at the event, Robert said he couldn’t watch it without thinking “how much I miss Robin Williams”.

Robin’s body was discovered August 11 at his home in Tiburon, California.

Following his passing, Robin’s wife revealed he had been battling depression.

The beloved comedian was remembered by loved ones at a private memorial late last month at San Francisco’s Curran Theatre.

Robin’s widow, Susan, and his three children, Cody, Zelda and Zak, were among those in attendance, as were dozens of his former colleagues, many of whom paid tribute.