Robin Thicke stranded in Cabo thanks to Hurricane Odile 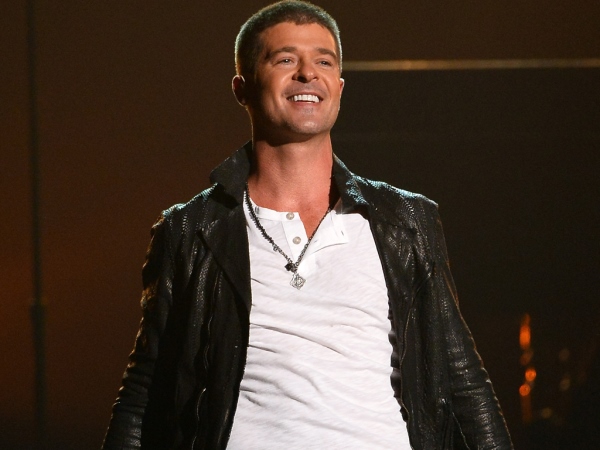 Robin Thicke was reportedly left stranded in Cabo San Lucas by Hurricane Odile. The Blurred Lines singer is said to have been in the Mexican city along with his son and son’s nanny when the storm hit. Along with around 30 000 tourists, Robin had no choice other than to wait out the hurricane.

According to TMZ, the star finally managed to leave Cabo in a military aircraft on Tuesday after days of waiting for transport home.

However, Robin was apparently given no special treatment during the military transport process.

TMZ also claims Robin was staying in a nearby facility waiting for news of flights out of Cabo when he saw the military plane fly over.

Apparently, on seeing the aircraft, Robin and hundreds of his fellow strandees then hotfooted it to the airport in the hope of a ride home.

Robin wasn’t the only famous face stranded in Cabo by the hurricane.

According to TMZ, actress-and-model Angie Everhart was also there and transported home via a military plane.

And after thousands of foreign tourists were left with no way of getting home when flights were cancelled, the Mexican government were forced to step in and arrange for alternative methods of transport.

Robin hit headlines earlier this week when he revealed that he credits Pharrell Williams for writing their hit track Blurred Lines because he was “high on Vicodin”.

“To be honest, that's the only part where — I was high on Vicodin and alcohol when I showed up at the studio,” he said in a deposition which formed part of the legal battle he, Pharrell and rapper T.I. are involved in with Marvin Gaye’s children, who accuse them of basing the track on their father’s hit Got to Give it Up.