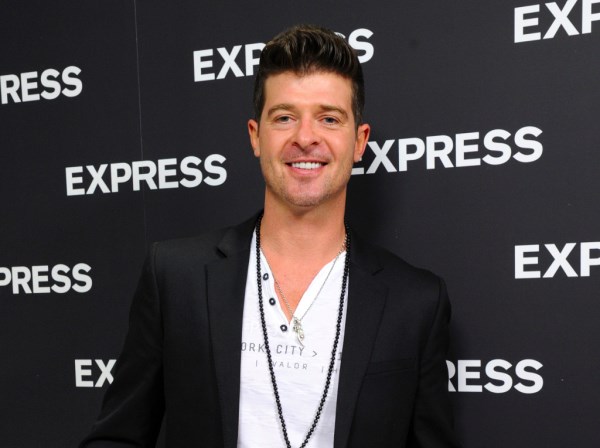 Robin Thicke’s attorney thinks the star’s testimony was “exploited” by the media.

On Monday The Hollywood Reporter published transcripts of a deposition given by Robin in April in which the star confesses he “didn’t do a sober interview” throughout the whole of 2013.

And the singer’s attorney Howard King of law firm King, Holmes, Paterno & Berliner released a statement on the matter, claiming the media took advantage of Robin’s plight in an unbalanced manner.

“Robin’s moment of personal vulnerability is being exploited in the hope of diverting attention from the obvious weakness of their legal claim,” lawyer Howard wrote in a press release issued to The Huffington Post.

Robin, music producer Pharrell Williams and rapper T.I. are all embroiled in a legal battle over the origin of their 2013 track Blurred Lines, with the children of the late Marvin Gaye accusing the men of ripping off their father’s 1977 smash Got to Give It Up.

Robin was credited as a co-writer on the track, Billboard reports, giving him 18-22 per cent of publishing royalties.

But during April deposition testimony published by THR this week, the singer claimed he really didn’t have too much of a hand in the creation of Blurred Lines.

“To be honest, that's the only part where — I was high on Vicodin and alcohol when I showed up at the studio,” he said. “So my recollection is when we made the song, I thought I wanted — I — I wanted to be more involved than I actually was by the time, nine months later, it became a huge hit and I wanted credit. But the reality is, is that Pharrell had the beat and he wrote almost every single part of the song."