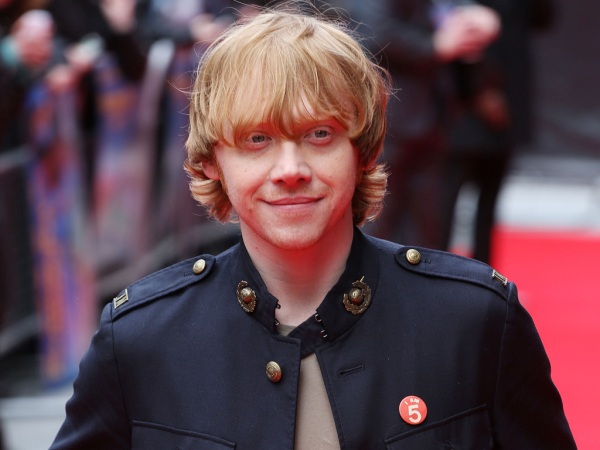 Rupert Grint still can’t believe he got paid such a “ridiculous” sum for the Harry Potter movies.

The 26-year-old actor soared to fame after starring in the blockbuster fantasy adventures as humourous wizard Ron Weasley. Rupert is estimated to have earned $40 million (R451 206 000) for the movies, according to UK newspaper The Mirror. But he insists he’s still unsure of the exact figure, and simply can’t believe he’s earned so much at such a young age.

‘It was kind of ridiculous what we got. And I must admit I don’t actually know how much I earned – the exact number.’

“It was kind of ridiculous what we got. And I must admit I don’t actually know how much I earned – the exact number. I’ve always known it was kinda ‘there’, and I’ve got quite an active involvement in stuff like that now, but I don’t really know the exact figures. And I’ve never really wanted to,” he said.

The actor admits the money and fame came with strings attached. Growing up, he had a hard time weeding out people who hung around for the wrong reasons.

“It was a tricky thing. You’d always worry whether it was a genuine thing – and I think that goes with any kind of relationship, even friendships. It took me a while to figure out whether someone was genuine or they had ulterior motives,” he said.

“I’ve had a few bad experiences and it was tricky because I left school at quite a pivotal time… So whenever I came back, bonds I had made before had all got a little bit weird,” he shared. “I did lose a few friends but on the whole it’s all been pretty good.”

The trade-off is Rupert knows he never has to work again. But for now, he’s enjoying the challenge of taking on new roles and can’t see a reason to stop.

“I just love what I do, trying new things and scaring myself once in a while,” he insisted.

“I loved doing the Potter films but it’s so nice to try different characters and explore different things. It’s been weird since Potter finished, adapting to life now. It was such a huge part of us. For now I am just enjoying being free. It was a bubble world, and quite suffocating. A bit like a school, really. Now I’m out I still feel there are things I want to do.”

Rupert will next appear in Broadway’s It’s Only a Play, taking his first bow Thursday.