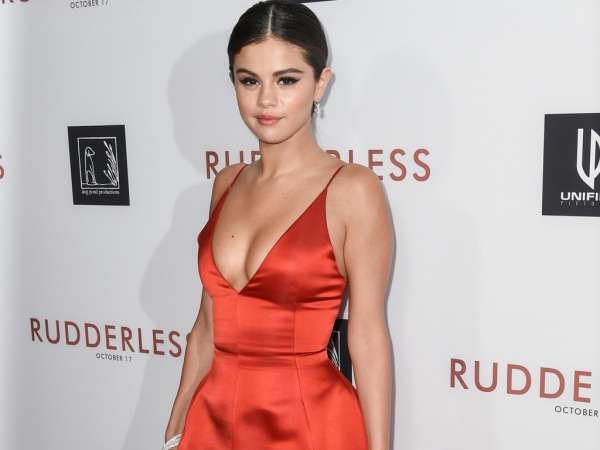 The 22-year-old singer’s on/off relationship with Justin Bieber is constantly the subject of tabloid headlines.

Many journalists and fans look for clues into Selena’s private life by analysing the updates she posts on her social media accounts, but the star advises people not to read too much into what she says online.

"I don't think about it," Selena told ET Online. "Half the time I don't really pay attention to it. I might post something that means I'm super excited about something, but I could post a picture of a water bottle and people will think it's subliminal for something.

“I just live my life and my fans get to know if I’m having slumber parties or if I’m promoting a movie I’m excited about and that’s how I look at it.”

The stunning brunette became famous as a youth after starring in numerous Disney roles and she has recently spoken about her desire to take on more mature roles.

The actress-and-singer is now promoting her new film Rudderless, which sees Selena portray a young woman whose life has been turned upside down by tragedy.

On the red carpet of the film's premiere in Los Angeles this week, The Come & Get It singer revealed a relocation might be in the works, as she’s interested in finding a new place to call home as she matures.

"I'd love to spend time in New York, I've always said that I want to have a love affair and live there," she told E! News. "Taylor [Swift] has been begging me to live there. She's like, 'It's the best decision I've ever made.' Everyone always says I'm more New York when they meet me so maybe it would be good for me. I don't spend enough time there."