She was born at 24 weeks with feet the size of COIN – but look at her now! When little Francesca born prematurely, just two days after the UK 24-week abortion limit, she was so tiny her feet were the size of a coin. The 37-year-old housing association worker said nurses even gave her keepsakes of her tiny girl's hand and footprints because no one expected her to survive.

But nine months on the miracle tot – who arrived after mom-of-one Victoria was told she could never have children – is fighting fit after 15 blood transfusions and weighs a healthy 6,8 kg. "After Francesca was born nurses actually gave me a memory box, which they do for babies that die at birth," Victoria, from Fazakerley, Liverpool, said. "They took prints of her hands and feet for me." "I took a picture of her footprint next to a penny to show how small she was. I got to see her three-and-a-half hours after she was born. She looked like a 3D scan.

"I thought she still looked like a foetus. Her skin was see-through, and she didn't have eyelashes or eyebrows. Her eyes weren't open yet. "She was just tiny, and so poorly. We were told it was hour by hour with her, and they didn't think she would survive. Her blood was full of infections." 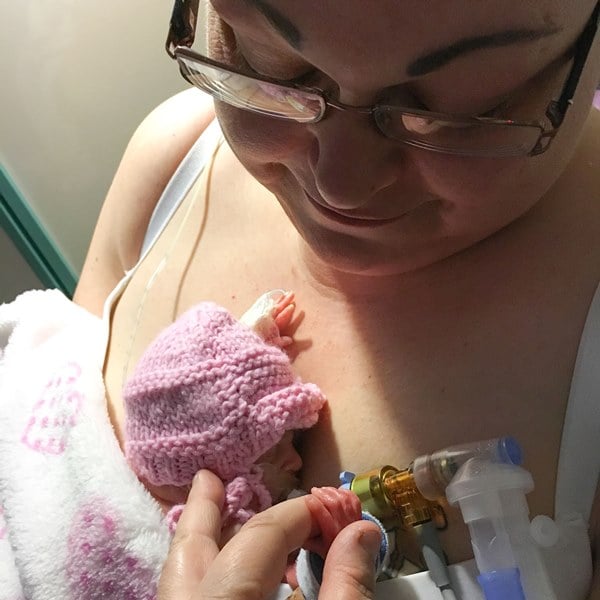 Amazingly, Francesca was a miracle before she was even born as Victoria was previously told she could never have children due to problems with her ovaries.

So she and civil-servant partner Paul Curran (46) who has a 17-year-old daughter, Rebecca, were shocked but delighted when they discovered she was pregnant. But Victoria began experiencing back and stomach pains at 24 weeks pregnant, and on April 22 last year was taken into Liverpool Women's Hospital, where she was told she was in labour.

Just hours later, on April 23, Francesca was born via a natural birth – just two days after the 24-week abortion limit. 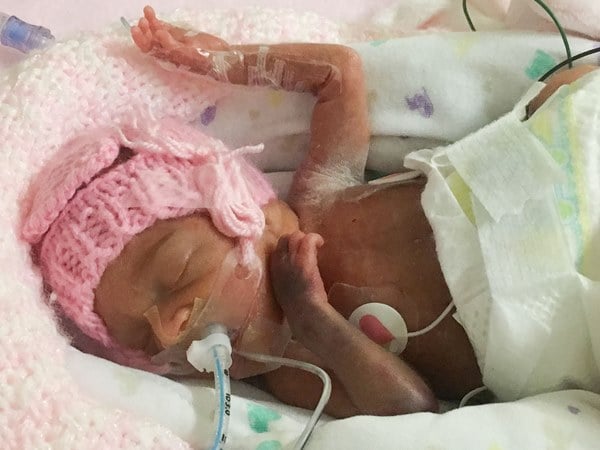 The mum-of-one was later told if her daughter had been born just two days earlier it was even more unlikely she would have survived as doctors would not have worked to save her.

"As soon as Francesca was born they had her on a machine straight away," Victoria recalls. "I remember the room being full of people, there was about 15 doctors and nurses all working on her.

Read more: Adorable new pics! Newly separated twins Uwenzile and Uyihlelile are too cute for words as they prepare to leave hospital

"They were using just a finger to bring her around because she was so small. It took 11 minutes for her to breathe. It was torture, not knowing if she was going to survive." After four weeks, Victoria had her critically-ill daughter's coin-sized foot and handprints tattooed on her wrist to symbolise her little miracle. 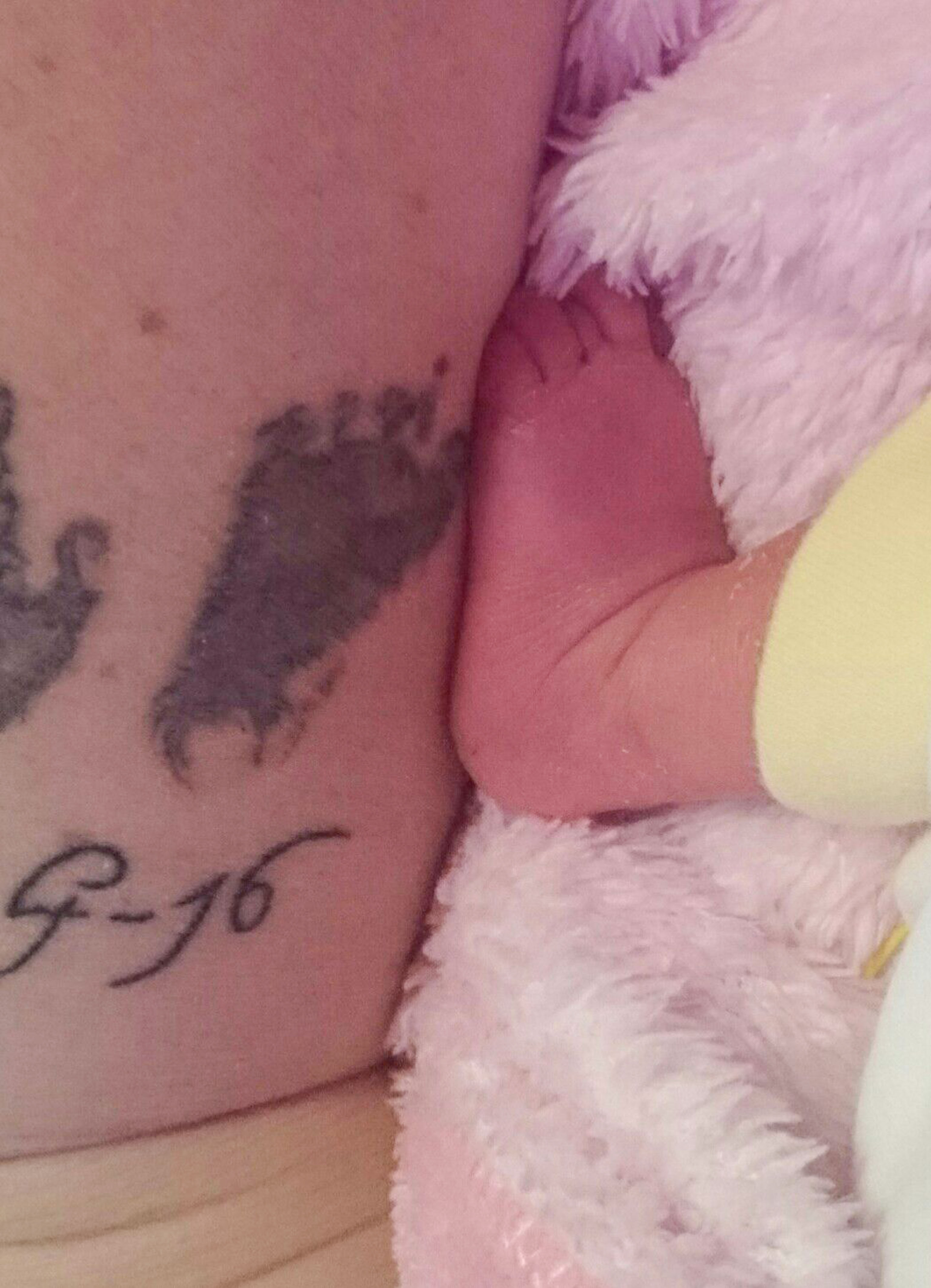 "She just kept getting stronger each day, then something else would happen. But after eight weeks, she was off her incubator. The doctors couldn't believe she was still alive.

"She was discharged from the hospital after 17 weeks – they said she was a miracle.

"I was so nervous about having her on my own. When we were leaving, I just thought, 'Quick! Run!'

"I wanted us to get out, I'd thought she was going to be about five by the time she got out the way things were going."

And now the tot is completely free of life supporting medications, wires and oxygen, Victoria says it's hard to imagine her little fighter was born so tiny and ill. Victoria said: "She's just a joy, she's so happy. And she's cheeky too. When she had her oxygen wires she was always pulling them out. 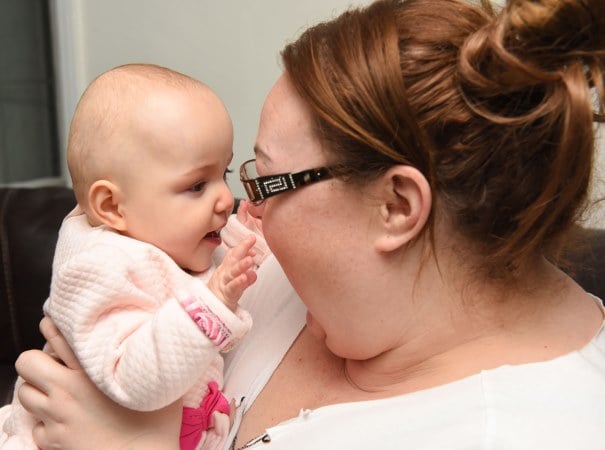 "It's just great to finally have her home. I didn't think she would be here. It's scary to think if she had been just two days earlier they wouldn't have worked to save her."