In space, the weather is extreme - very extreme. Powerful eruptions on the sun and raging space storms could wreak havoc on Earth, cutting off our electricity and access to electronics for weeks and even months on end.

Fortunately Earth's atmosphere protects us from a lot of the wild weather that occurs out there. But in 2012 we missed a space weather disaster by about a week - watch this video to see what happened.

Did you know that South Africa has its own space weather bureau? It belongs to the SA National Space Agency (Sansa) and is located in Hermanus on the Western Cape coast. Their website even has daily space weather predictions! 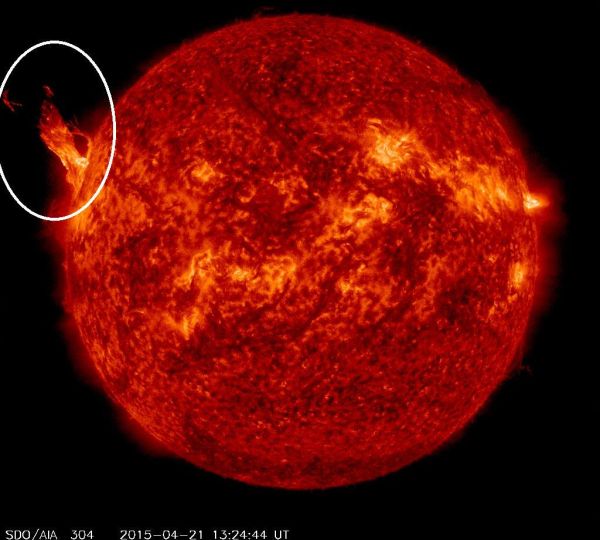 And here follows the space weather forecast for today . . .