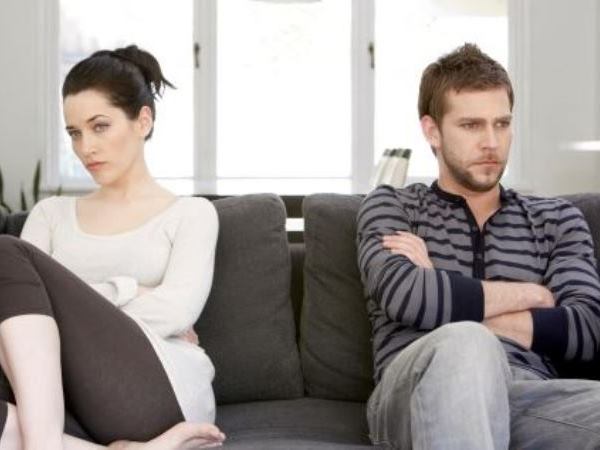 We ask the experts for advice.

You're angry, so furious you decide to punish your mate with the silent treatment – for days on end. But be warned; this can be a death blow to a relationship – and you may be the main victim. “I’m guilty of this – so guilty that now, seven years later, I realise giving my husband the silent treatment wrecked my marriage,” says Vicky Botha (52) of Bonnievale, Western Cape.

“I was always the angry one but didn’t realise it. I continually found fault with my husband and blamed him for everything. I would give him the silent treatment for up to two weeks at a time – not say a word to him. I was too stubborn; he was the one who always tried to make up,” she says. After seven years they divorced. “I’m now sorry about it and want him back with all my heart. We’re trying again but he’s afraid I’ll start doing it again. It’s hard for me. I pray every day to God for help and things are going well.”

“I’m going through a difficult time at the moment,” Gail Johnson* (53) of Cape Town says. “My husband and I haven’t spoken to each other for a month. He’s still going out and doing just what he wants.” Gail and her husband have been married for nearly 30 years and have two children, aged 28 and 25. “I’m so depressed I’m on prescription medication but I still feel terrible,” she says.

Some couples, however feel the silent treatment is to their benefit. “I can say without hesitation it works for my husband and me,” says Lucy Viljoen (23) of Richards Bay in KwaZulu-Natal. “We’ve been married for two years. We don’t fight; we just stop speaking to each other. You may not believe me but it’s the best thing ever. “If you’re about to fight with your husband or you don’t agree with him, rather keep quiet. The other party might try to continue but because you’re not answering it can’t develop into a fight. After an hour or two – or sometimes after a whole night – you must start talking. It becomes a love discussion and we can’t even remember what we were fighting about.”

But for many people this doesn’t work at all. This pattern is the most difficult habit to break. It’s often a precursor to divorce, according to research done at Texas State University in America and published in the journal Communication Monographs. The author CS Lewis wrote, “Spiteful words can hurt your feelings but silence breaks your heart.” Joburg psychologist Ken Resnick of smartchoiceparenting.com agrees. “The silent treatment breaks down any form of communication,” he says. It’s the worst type of emotional abuse a person can endure, Durban psychologist Dr Akashni Maharaj says. “We must remember the Domestic Violence Act refers to not only physical and sexual violence but also to psychological and emotional abuse,” Pretoria social worker Jacques H Botes warns. “The silent treatment becomes a weapon with which I can punish you. If I don’t get my own way I simply shut up and withdraw my thoughts and emotions from you. The message is clear: I don’t want to talk to you.” The silent treatment, one of the most common forms of conflict in a relationship, is part of what researchers call the demandwithdrawal pattern. It happens when one partner repeatedly approaches the other with a request, whether for attention or change, or gives criticism, and is met with avoidance or silence. Frustrated by the lack of response, the person making the demands becomes even more demanding and his or her partner withdraws even more. “It becomes a vicious cycle,” writes Sean Horan, assistant professor of communication at Texas State University. “Soon you’re no longer addressing the issue at hand; you start arguing about arguing.”

A total of 14 000 respondents who’re victims of the silent treatment or guilty of dishing it out took part in the study. Some reported they suffered from a depleted immune system, problems with their bladder and digestive system and erectile or other sexual dysfunction. To break the vicious cycle both parties must acknowledge their roles and try to see things from the other’s point of view, writes Dr Paul Schrodt, a professor of communication at Texas Christian University. “The person making demands feels abandoned; the silent person is protecting himself. Each needs to ask, ‘Why am I behaving this way? How does my behaviour make my partner feel?’ “The key aspect is to understand how your partner handles conflict. It’s important to respect each other’s space. But that space has a time frame,” Maharaj says.