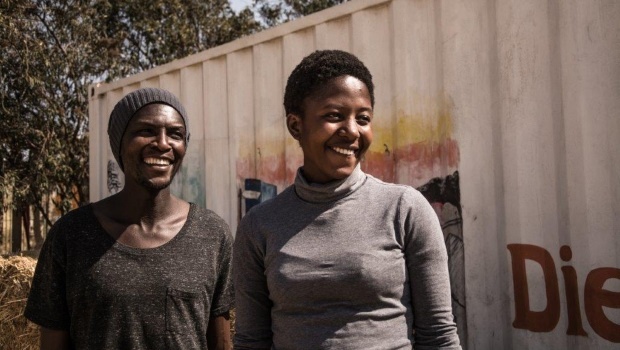 When Nondumiso Sibiya decided to change her township one illegal dumping site at a time, she was armed with nothing but nostalgia and her love for nature.

The beauty of the nearby river that used to house leaping frogs had disappeared beneath thick sewage and growing piles of dumped waste.

Diepsloot had changed and instead of wallowing in that misery, Nondumiso decided to be part of solving the problem.

Along with her business partner Sibusiso Shongwe, she started Boombadotmobi, a company set on facilitating the correct disposal of waste.

“Our company connects people who need waste removed with people who collect waste – so basically we’re connecting waste generators with waste collectors. Our function is to facilitate the process of waste being disposed of responsibly,” Nondumiso tells us. 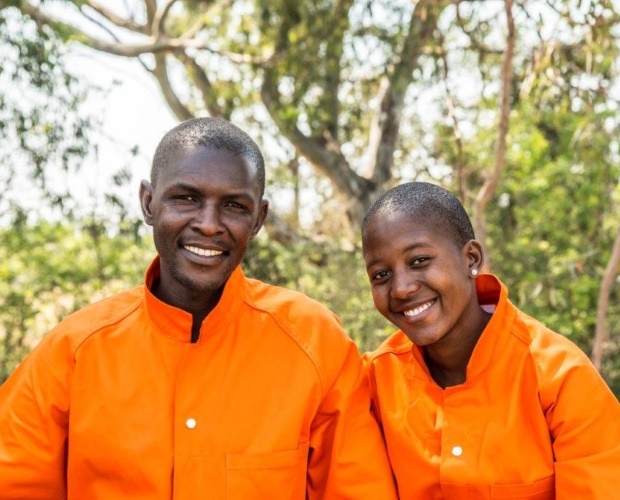 Building rubble, such as bricks, is used to rehabilitate gravel roads in the Johannesburg township and second-hand bricks are sold to people who can make use of them like Sibusiso did when building his house. Garden waste is sGIVEN to farmers who need it for compost or it’s sold to compost sites.

Mixed waste on the other hand, such as cupboards, books, chairs and cleaning materials, is sold to the community at a very low price since it is, after all waste.

Waste management is not a new concept, but the pair are flipping the script to put waste generators at ease. They’ve partnered with “survivalist entrepreneurs” who are already removing waste.

“We mostly try not to take waste to the landfill unless it’s not clean. We also send our customers a picture of where we disposed the waste or what we did with it so that they can be assured we’ve done the right thing.”

She says while doing research before founding the company in 2017, they realised that a lot of the waste dumped in her township was from suburban areas and that waste generators weren’t aware of where their waste was being disposed of by waste removers.

What followed was intense campaigning to residential associations in Joburg’s northern suburbs asking people if they knew where their waste ends up and to contact them for their services.

The 21-year-old Bible study student has had a thing for nature from an early age, but never really dreamt of this career path.

She swopped the prospects of becoming a teacher for the aspirations of making the world a better place.

“I dropped out of university in 2017. I love young children but I don’t enjoy teaching curriculum. I love teaching people about dreams and I thought teaching in that spectrum was actually limiting me,” she says.

Nondumiso hopes to complete the waste cycle and to find more value in all kinds of waste.

“We’re working on finding a system to actually eradicate waste within the townships because townships are generally the hub where you find the most waste.”