'This is the start of removing the ANC from power': EFF says no to ALL coalitions 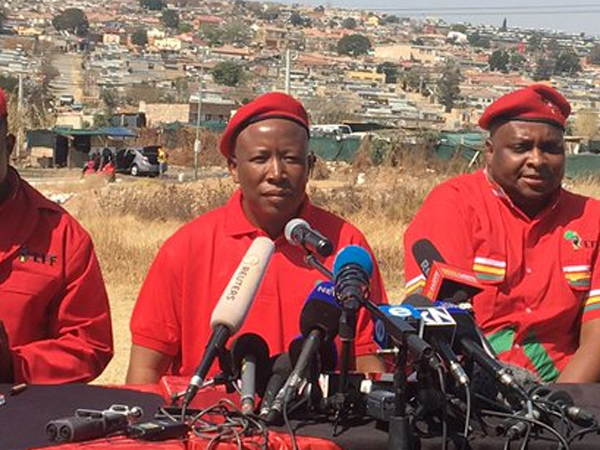 In his famous red-beret, the leader confirmed that his party would not be forming coalitions in contested municipalities, News24 reports.

"EFF is not a home for opportunists," he said by way of explanation. "We are not co-governing. We are voting for the opposition." "In KZN we will vote with the IFP. In Tshwane, PE, Johannesburg, and Ekurhuleni we will vote with the DA." Malema said, adding that the DA were "the better devil".

#Malema: The difference between DA and ANC is that ANC is corrupt and arrogant. But both represent white monopoly capital #EFFCoalitionTalks — EFF Official Account (@EFFSouthAfrica) August 17, 2016

"This is the start of removing the ANC from power."

Earlier today, the Democratic Alliance confirmed that it would remain "respectfully distant" from the EFF after large differences for now meant the two could not form coalition governments in Johannesburg and Tshwane.

"We are committed to a longer-term conversation with them and we will have that conversation, but I think there are too many issues to get out of the way between now and the formation of a municipal government."