Being paranoid about security finally paid off for Benjamin Tedesco.

The cyber security expert was on holiday in Austria in Vienna, Austria, when he needed to withdraw cash from an ATM.

He decided to repeat his "typical habit" of checking the card reader with his hand as he has done "100's of times".

"Today's the day when my security awareness paid off!" he shared on a blog post accompanying a video he took of the incident.

A quick tug of the card reader proved his suspicions right: a device was attached to the actual card reader. 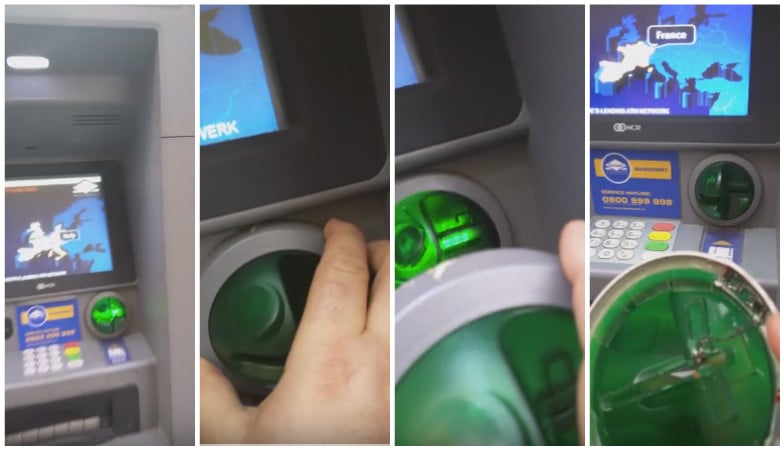 The US man recognised it as an ATM skimmer, an exact model of the actual card reader designed to steal to steal the ATM user's credit card information.

According to Benjamin, the skimmer he found was made from a magnetic strip reader, battery, "some sort of switch" and a control board with the four-pin connector.

"I have since notified the Vienna Police Department regarding this discovery as at the time of the incident I did not have access to an international phone by which I could report this," he wrote, updating his post's caption on YouTube.

The video has since gone viral, garnering more than 3 million views.

Watch the video below, a reminder that you always remain vigilant when using ATMs, whether at popular tourist destinations or not.

‘I am done with boys!’ Adorably angst-ridden diary of a 7-year-old girl becomes an internet sensation