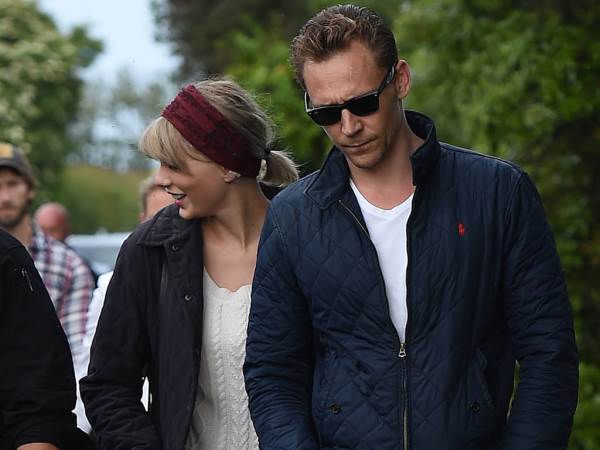 News broke of the two stars' stunning summer fling in June, 2016 when they were photographed kissing and cuddling on a beach in Rhode Island. The whirlwind romance came just weeks after Taylor's split from British DJ Calvin Harris.

Although the couple were continually pictured looking loved-up, their relationship fizzled out and they split earlier this month. However, despite the break-up, the Thor actor said he's still friendly with the Shake It Off singer.

Read more: RIP, Hiddleswift! It’s all over for Tay and Tom

While attending the Emmy Awards ceremony in Los Angeles on Sunday, the star was asked by a People magazine reporter if he and Taylor were still on good terms and replied, "Yes. Yes, we are."

Tom's role in British TV series The Night Manager saw him nominated for the Outstanding Lead Actor in Limited Series or Movie gong at the Emmys, but he lost out to The People v. O.J. Simpson: American Crime Story's Courtney B. Vance.

He did however get to hand over the Outstanding Director in Limited Series or Movie trophy to his Night Manager director Susanne Bier.

Read more: Tom Hiddleston opens up about public scrutiny of his love life

Neither Tom nor Taylor have publicly commented on the reasons for their break-up, but it has been reported the split came about because of the public pressure on the relationship.

"Taylor was the one to put the brakes on the relationship," a source told Us Weekly magazine previously. "Tom wanted the relationship to be more public than she was comfortable with. Taylor knew the backlash that comes with public displays of affection but Tom didn't listen to her concerns when she brought them up."

During their relationship, Tom and Taylor were pictured on numerous occasions together, including frolicking in the water over the Independence Day weekend, when Tom was seen wearing his now infamous "I heart T.S." T-shirt.

Following images like these, some fans accused the couple of staging their romance as a publicity stunt - an allegation Tom was forced to deny.