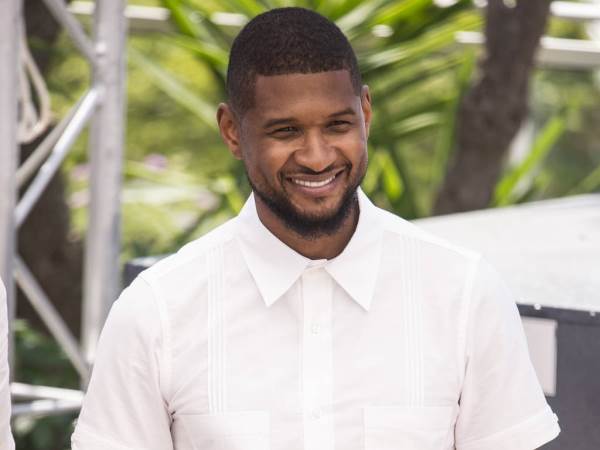 R&B singer Usher had to bust a move like his life depended on it while 'battle-dancing' with President Barack Obama.

The U.S. leader turned 55 earlier this month and threw a big bash at the White House, which was attended by some of the most powerful people in the world.

The Love Up in the Club hitmaker notes the affair was a party to remember, particularly because of the impressive way both Barack and his wife, First Lady Michelle Obama, boogied down.

Read more: ‘His legacy made me want to be better’ – President Barack Obama touched by YOU’s special Madiba tribute edition

“Stevie Wonder, he performed a medley of songs and I came up impromptu and sang Happy Birthday...," Usher told news show Extra, before noting Mr and Mrs Obama are so good on the dance floor, their moves rival his own.

"We had an incredible time. We danced all night. Me and Michelle always have a good time on the dance floor, but Barack, he actually battles you, right? It's like a toe-to-toe thing. There's no footage, though - they took everybody's phone at the door!"

When Usher is not dancing with leaders of the free world, the eight-time Grammy Award winner has his hands full with multiple creative projects, such as his new film Hands of Stone, in which he plays boxing legend Sugar Ray Leonard.

Starring opposite Hollywood heavy-hitters such as Robert de Niro, Ellen Barkin, and John Turturro in the biographical drama, Usher admits it was tough to get into shape for the role, revealing it took a full year before he felt fully prepared.

You may also like: Barack Obama gives Zach Galifianakis a taste of his own medicine

“I grew my hair out… I did it all," he shares, adding he suffered through some painful training sessions with professional boxers, “I would tell 'em, 'Don't take it easy on me, let's go…' So I got rocked a few times."