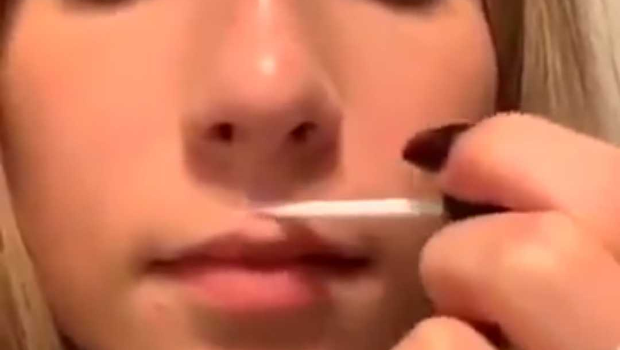 A recent video of a woman applying glue above her upper lip to make her lips look fuller, has gone viral on social media, DailyMail.

The clip, which was originally shared on TickTok, is making rounds on Twitter and has left many users ecstatic after the woman in the clip can be seen applying what appears to be lash or nail adhesive to her Cupid’s bow,.

“Just imagine talking to someone and their lips all of sudden disappear,” one user commented.

“Is this worse or better than getting permanent work done?” another asked.

Lmaooo you can’t be serious pic.twitter.com/gOcJjFSYrg

The bizarre act, which has been described as the “glue lip challenge”, is a more affordable and non-permanent alternative to cosmetic lip fillers, which has started to gaining momentum with many other people trying it, The Sun reported.

“This is so . . . sad. The way I used to hate my lips but now people glue their skin together for it. Imagine her lips falling off mid-sentence,” one user commented on the post.

“The glue is only good until you start talking or you take a drink,” another said,

Read more on:
beauty
LATEST YOU