Websites to make you smarter 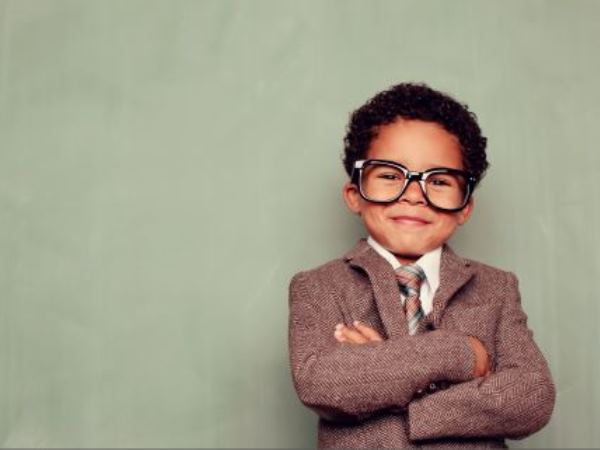 Set Facebook and Twitter aside for a while and check out these amazing sites that train your brain and open your mind.

It's easy to think the internet is filled with only cat videos, ice-bucket challenges and other time-wasters. But as it turns out there’s a host of sites devoted to exactly the opposite. These websites promise to help you grow your intellect in a number of diverse (and wacky) fields. Any teacher will tell you flashcards are a great way to make information stick. One clever programmer has built a massive online platform around exactly that. Andre Cohen developed a basic Microsoft Excel program to teach himself Spanish in 2006 and uploaded it on the net a few years later. Brainscape is basically a mechanism to help you study. Since its inception in 2010, the site (and now corresponding apps) has exploded into an online platform to help users memorise everything from keyboard shortcuts to Italian verbs. Some of the crash courses are free, while others cost about $10 (R110). Each course consists of a series of flashcards that users can go through repeatedly to help them learn.

According to Spreeder most people can read a mere 200 words a minute, which is about as fast as you can read a passage out loud. The secret to increasing this number is to silence that “subvocalisation” (or inner voice). Spreeder’s solution? To “read faster than the inner voice can keep up”. To do this, the site’s software allows users to paste in a passage which it then flashes back, word by word, at a rate of 300 words a minute at first. The user increases the software speed to practise their speed-reading skills. Keep upping the pace, the free site advocates, practise regularly and eventually you’ll find yourself reading more than 1 000 words a minute! It’s tough at first but after some practice, reverting to the 300-word pace will seem painfully slow. Ready, set, spreed!

Go here to: read thousands of books – for free

Much like this website’s German printer namesake, Project Gutenberg’s goal is to bring books to the masses. Founded in 1971 the website was the world’s first digital library, established as a volunteer effort to “encourage the creation and distribution of eBooks”. The site gives avid readers access to more than 45 000 books, both fiction and nonfiction, which can be read on the site or downloaded and read on tablets and computers. The site is a great source of older, classical literature, to which copyright legislation no longer applies.

Go here to: learn another language 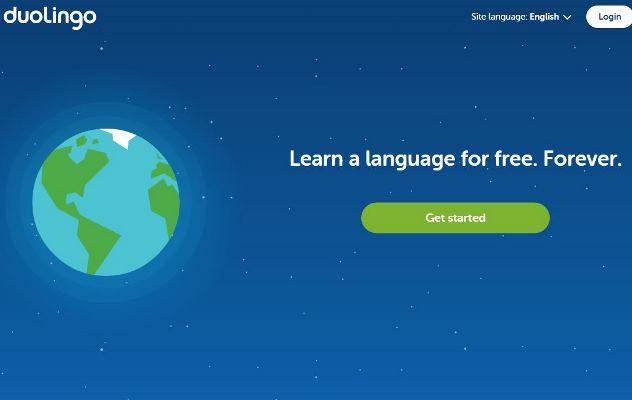 Duolingo has been described as “a free version of Rosetta-Stone that delivers the same results”. This site (and accompanying app) offers crash courses in eight languages: Spanish, Danish, Irish, French, Italian, German, Portuguese and Dutch. Once you’ve selected your language, you’re given a tour of this beautiful site and shown how to use it. As you learn, you earn “xp points” which help you progress through the various levels and learn the associated skills (for example, phrases, colours, animals or objects). At the outset you create a profile to save your progress. If you already have some proficiency in the language, you can take a test that allows you to jump a level or two. Each level consists of repetitive, interactive exercises, complete with pictures and a voice reading out words and phrases to improve your pronunciation – you’ll be surprised how quickly you pick up the basics!

Go here to: see facts and figures brought to life 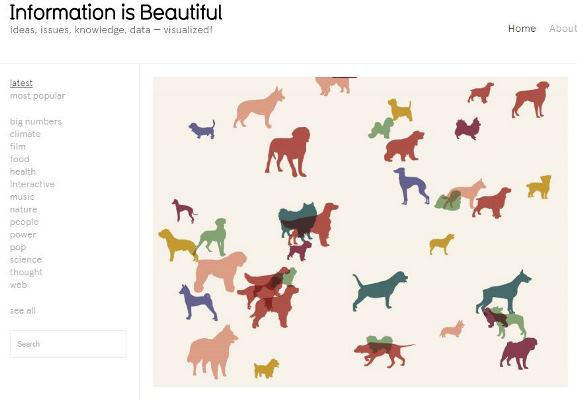 Sometimes stats, data and numbers simply make more sense when presented digitally. Which is where the creative designers and data journalists of Information Is Beautiful come in. Their mission is to “distil the world’s data, information and knowledge into beautiful, interesting and, above all, useful visualisations, infographics and diagrams” to make it easier for those of us without maths brains to understand them. The site, funded through sales of prints and posters of their artwork-like graphics, offers a collection of images that visually display everything from Twitter statistics to the risk associated with the HPV vaccine. Whether you’re looking to understand the data behind the visualisations or not, browsing through the site is like visiting an art gallery.

Go here to: learn how to get healthy

Let’s face it – the internet has lots of conflicting ideas about how to “blast belly fat” or “10 foods you need to stop eating”. So if you’re looking for a healthy lifestyle overhaul, it’s difficult to know where to start. A self-professed nerd called Steve is the “rebel leader” of Nerd Fitness and his goal is to “help desk jockeys, nerds, and average Joes level up their lives”. The site is packed with great reads to jump-start you on the road to educating yourself about your life.

If you’re not interested in Facebook or LOLcats get inspiration and insight from some of the world’s smartest people. TED is a nonprofit organisation and its site has thousands of video lectures by world thought-leaders, all of them less than 20 minutes long (some are less than five!). The initiative began in 1984 as a conference on Technology, Entertainment and Design, but has since grown with talks filmed at conferences (called Tedx Talks) all over the world covering everything from palaeontology to parenting. Interestingly, the most esoteric topics often tend to be the most popular. Trending on the site at the moment are a nine minute talk called “Looks aren’t everything. Believe me, I’m a model” by underwear model Cameron Russell, and “The happy secret to better work” by psychologist Shawn Achor. TED also offers a beautifully designed smartphone and tablet app so you can take in talks when you’re on the move.