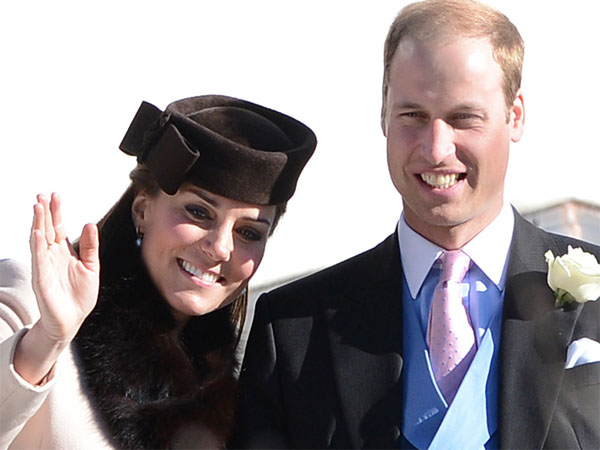 Baby Cambridge may make his or her appearance earlier than generally anticipated. The date circled in red on royal fans’ calendars is 13 July, while granny Middleton has reportedly been saying Baby C will arrive at the end of July.

With everyone anxiously awaiting the big day and wondering when it will be, Catherine last weekend surprised us by not attending the wedding of the year because she was afraid she might go into labour earlier than expected. A keen photographer took pictures of her on Saturday in antique shops in Hungerford, a town near her parents’ home.

Perhaps it was a good thing she didn’t attend William and Harry’s friend’s wedding; just about all William’s ex-girlfriends were guests. And Chelsy Davy, Prince Harry’s ex-girlfriend, nearly stole the limelight at the wedding the way Pippa did on Catherine’s big day.

Catherine’s fear she might go into labour earlier than expected could be ascribed to her way of playing down the fanfare surrounding the baby’s birth, as Princess Diana did with William’s birth.

Diana said her first-born would be born on 1 July – but William was born on 21 June. Royal experts are saying Catherine and William may be doing the same thing.

Generally 13 July is seen as the due date, but with a baby – especially a first – you never know. In addition, Catherine wants it to be a natural birth and isn’t “too posh to push”.

So we’ll have to wait and see. As tradition demands the birth will be announced by a letter signed by the two obstetricians. It will be taken from the hospital to Buckingham Palace, placed on an easel and placed at the palace gates. Only then will the Palace make the announcement on social media. And naturally the usual cannons will be fired to announce the birth of an heir to the throne.

And I suspect the Queen will give a sigh of relief her dynasty has been lengthened by another generation.