Will and Kate: from students to royal parents 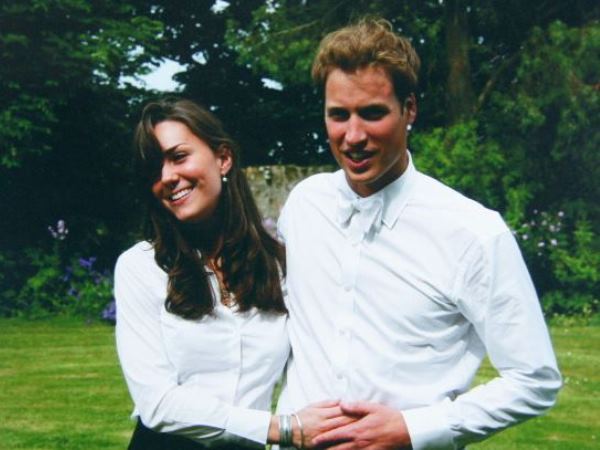 Kate Middleton and Prince William on the day of their graduation ceremony at St Andrew's University on June 23, 2005 in Scotland / gettyimages.com

Like all couples, William and Kate, the Duke and Duchess of Cambridge, have had their ups and downs. Here are some key moments in their relationship:

September 2001: William and Kate, both studying art history at St Andrews University in Scotland, meet and become friends as undergraduates.

September 2003: The pair and two other friends move into a cottage together for their final year of university -- in the past year both had been romantically linked to other people.

Christmas 2003: Rumours begin circulating that Kate and William may be a couple.

March 2004: The romance is confirmed when Kate and William are pictured together on the slopes at the Klosters ski resort in Switzerland.

January 2006:The couple are pictured kissing in public for the first time, again at Klosters. William begins his army career at Sandhurst shortly afterwards.

Prince William kisses Kate after playing the Field Game in an old boys match at Eton College on March 18, 2006 in Eton. / gettyimages.com

Newly-single Kate spotted out on the town in London in May, 2007 / gettyimages.com

June 2007: The couple are seen kissing at an Army party and speculation mounts that they are back together.

Kate and William attend day 1 of the Cheltenham Horse Racing Festival in 2007 in Cheltenham. / gettyimages.com

July 1, 2007: Kate accompanies William to a concert at Wembley Stadium in London in memory of his mother, Princess Diana.

Kate and Zara Phillips watch the Concert for Diana from the Royal Box at Wembley Stadium on July 1, 2007 in London / gettyimages.com

William and Kate after his graduation ceremony at RAF Cranwell on April 11, 2008 / gettyimages.com

November 16, 2010: The couple announce their engagement.

Prince William and Kate pose for photographs in the State Apartments of St James Palace on November 16, 2010 in London, after announcing their engagement. / gettyimages.com

April 29, 2011: William and Kate marry at Westminster Abbey and are named the duke and duchess of Cambridge.

December 3, 2012: Royal spokespeople announce that Kate is expecting her first child after she is taken to hospital with severe morning sickness.

July 23, 2013: The baby prince, third-in-line to the throne, makes his first public appearance when William and Kate carry him out of the hospital and show him to a waiting crowd of world media.

July 24, 2013: The couple announce that the new baby will be named Prince George Alexander Louis of Cambridge.

April 2, 2014: The couple take George on his first official overseas trip to New Zealand and Australia.

Kate and William treat Prince George to a visit to the Sensational Butterflies exhibition at the Natural History Museum in London to mark his birthday / gettyimages.com

Prince William formally opens The Dickson Poon University of Oxford China Centre Building on September 8, 2014 in Oxford. Kate was forced to pull out of the appearance due to severe morning sickness. / gettyimages.com