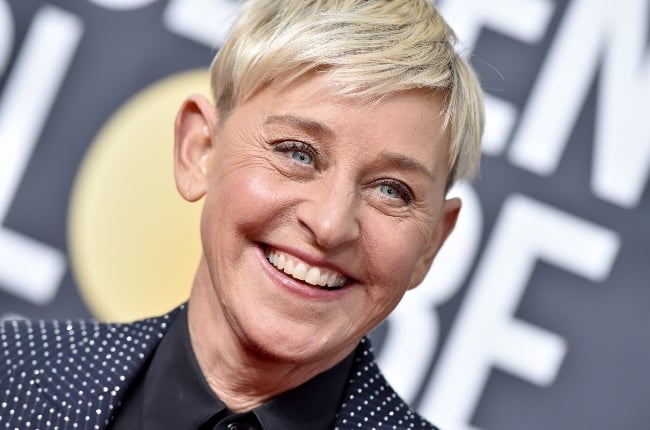 It seems Ellen DeGeneres is having a tough time of it.

Ellen has been catching some heat in the media lately. It started with a wave of disapproval after the talk-show host attempted to polish the public image of former US president George W Bush.

Since then, the 62-year-old TV star has faced serious accusations of creating a toxic work environment – including alleged bullying, intimidation and more recent reports of sexual misconduct, Forbes reports.

A piece published in Variety in April this year reported that the show’s employees weren’t informed about what would happen to their pay during the early stages of the coronavirus pandemic.

In a piece published by YOU in May, it was reported that since the pandemic hit, Ellen has been recording the show from home – leaving her crew in the dark regarding the status of their hours and pay. The situation was made worse by the fact that Ellen hired another company to produce her online show remotely.

Ellen has since issued a letter of apology to her staff regarding the toxic environment on set, which was first brought to light in a Buzzfeed article and since been slammed by many on social media.

In the email, she writes that she’s “disappointed” to learn about reports that her current and former staff alleged they’d faced intimidation and racism, CNN reports.

Ellen also confirms in the email apology that an internal investigation into the accusations has been launch by Warner Bros Television.

Several celebrities and staff have since shared their sentiments regarding the issue in tweets and posts across social media.

Sorry but it comes from the top ?@TheEllenShow Know more than one who were treated horribly by her.? Common knowledge. DeGeneres Sends Emotional Apology to Staff - Variety https://t.co/D0uxOgyyre

And it seems it’s not just staff who have reason for complaining. Check out a few awkward moments guests have had on The Ellen DeGeneres Show:

In 2019 when comedian Hasan Minhaj visited the show the host made things awkward when she repeatedly mispronounced his name.

The star was visibly close to tears in 2012 when Ellen teased her about how many guys she’s dated.

In a cringe-worthy 2008 interview, Ellen batters the Glitter star to confirm her rumoured pregnancy. According to the Mirror, Mariah refused to budge – even when Ellen produced two champagne flutes in the hopes to out her pregnancy news by seeing if she took a sip.

In an awkward interview that has since gone viral, Ellen wishes the Fifty Shades of Grey star a belated birthday and claims she wasn’t invited to the party. Dakota firmly sets her straight by saying she had indeed been invited, but didn’t show up.

Dutch YouTuber Nikkie de Jager was a guest on the show earlier this year. The star influencer told &C Magazine that the friendly, welcoming atmosphere you see when watching Ellen’s show isn’t what it’s like backstage. She claims she didn’t receive the same treatment as other celeb guests and claimed Ellen was “cold and distant”.

NikkieTutorials talks to &C Magazine about being mistreated on the Ellen DeGenerous show:

“Every guest at Ellen had a private toilet, but I didn’t. I couldn’t even use the closest toilet to me because it was reserved for the Jonas Brothers...” pic.twitter.com/UkOMXW391B

We live in a world where facts and fiction get blurred
In times of uncertainty you need journalism you can trust. For 14 free days, you can have access to a world of in-depth analyses, investigative journalism, top opinions and a range of features. Journalism strengthens democracy. Invest in the future today. Thereafter you will be billed R75 per month. You can cancel anytime and if you cancel within 14 days you won't be billed.
Subscribe to News24
Next on You
Meet the man behind 7de Laan's charming and mysterious new doctor