OJ and Nicole: An American Tragedy, which aired on 3 October on Investigation Discovery (DStv channel 171), delves into chilling entries Nicole made in her secret diaries. In one she details how the former American football star, whom she married in 1985, screamed at her, “Get out my f**king house, you fat-a** liar!”

In scratchy handwriting she describes how he first beat her up in 1978, punching and kicking her in their hotel room for hours while she tried to escape.

For 16 years the abuse continued, the doccie claims, characterised by OJ flying into jealous rages in which he’d allegedly smash the former waitress’ car, throw her up against walls and repeatedly leave her black and blue. Part of the handwritten notes Nicole kept in her secret diaries in which she detailed her abuse (Photo: Investigation Discovery)

Once, she writes, he beat her so badly he tore her jersey and socks off her body while another time he screamed at her, “I have a gun in my hand, get the f**k out of here!”

The abuse finally ended when she and her friend Ron Goldman were found murdered outside her Brentwood, California, home in 1994. She was 35. OJ was arrested after a high-speed police chase across the freeways of Los Angeles.

Following one of the most sensational trials of the 20th century, OJ (now 73) was found not guilty. The doccie was made to coincide with the 25th anniversary of his acquittal on 3 October 1995. 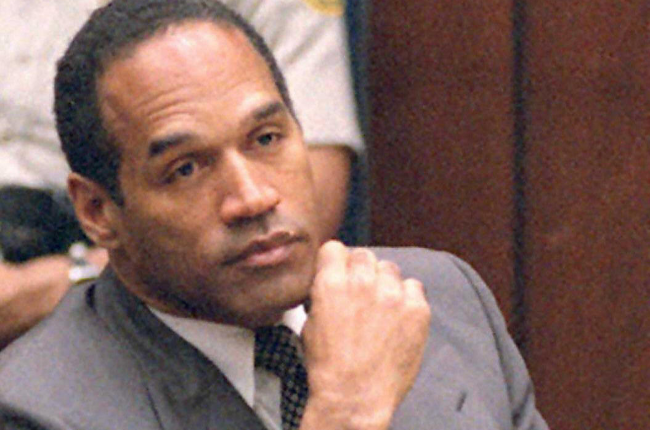 During OJ’s trial, the diaries – which were found in Nicole’s safety deposit box along with photos of her bruised face – weren’t admitted as evidence because the judge ruled they were hearsay.

They’ve been largely ignored since then, but now thanks to the documentary Nicole’s voice is finally being heard.

Nicole’s sister, Tanya, believes her sibling knew deep down that something bad was going to happen to her.

“Maybe that’s why she kept real detailed diary entries,” she says in the film. “Maybe she knew this was her destiny and maybe subconsciously she knew something was going to happen.”

To this day OJ maintains his innocence, saying he was set up. He appears to have the support of all four of his children, including the two he shared with Nicole, Justin (32) and Sydney (34).

Tanya says she’s never spoken to Nicole’s kids about who killed her, but she holds OJ responsible. “It’s the elephant in the room. We don’t talk about it. They love their dad. I choose to respect that.”