Hugh Grant on his coronavirus battle: ‘I wanted to sniff people’s armpits’ Have you been wondering how it feels to have Covid? Actor Hugh Grant provided a vivid description of the symptoms he experienced that left him feeling like his eyeballs had swollen to three times their usual size and that an incredibly fat man was sitting on his chest.

During a virtual interview on The Late Show with Stephen Colbert, the British star opened up about his secret battle with the coronavirus in February this year.

“It started as just a very strange syndrome where I kept breaking into a terrible sweat. It was like a poncho of sweat, embarrassing really,” explained the 60-year-old actor.

“Then my eyeballs felt about three sizes too big and this feeling as though some enormous man was sitting on my chest, sort of Harvey Weinstein or someone.”

The loss of smell is a proven tell-tale symptom for the coronavirus so The Undoing star started to panic when he was walking down the street and noticed he couldn’t smell anything.

He admits that in a desperate bid to self-diagnose, he started, “sniffing flowers and advanced to garbage cans”.

“You want to sniff strangers’ armpits because you just can’t smell anything,” he said jokingly.

“I eventually went home and sprayed my wife’s Chanel N°5 directly into my face. Couldn’t smell a thing, but I did go blind!”

Hugh and his wife, Anna Eberstein (41), a Swedish film producer and fashion director who he married in 2018, didn’t undergo testing and the illness cleared up of its own accord. However, he recently did an antibody test which revealed that coronavirus anti-bodies were still active in his body, confirming his suspicions that he’d had the disease. 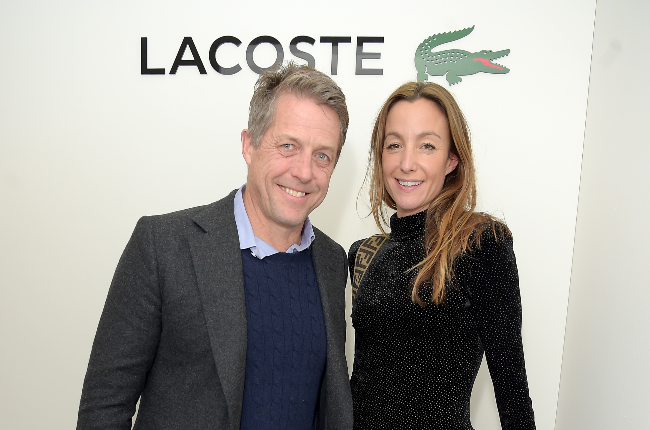 “I've had an antibody test, only a month ago. I still have those antibodies, so I know that's what it was,” he says.

The father-of-five added that he’s very “proud” of his antibodies and hope they will protect him from contracting the deadly virus again.

We live in a world where facts and fiction get blurred
In times of uncertainty you need journalism you can trust. For 14 free days, you can have access to a world of in-depth analyses, investigative journalism, top opinions and a range of features. Journalism strengthens democracy. Invest in the future today. Thereafter you will be billed R75 per month. You can cancel anytime and if you cancel within 14 days you won't be billed.
Subscribe to News24
Related Links
Here’s why Prince William shouldn’t have kept his Covid diagnosis a secret
The virus that spares no one: more celebs test positive for Covid-19
Super Rugby star’s wife opens up about shock cancer diagnosis: ‘It just felt so surreal’
Next on You
Kirstie Alley had many highs and lows before her death of colon cancer at 71