Kristen Stewart shared the thing she's most nervous about when it comes to playing Princess Diana. (Photo: Getty Images/Gallo Image)

She was the most famous woman in the world so all eyes will be on the actress selected to play Princess Diana in the upcoming biopic Spencer. And Kristen Stewart is perfectly aware that her portrayal of the iconic royal will be a career-defining moment.

The Twilight actress recently gave InStyle magazine insight into how she's preparing for her monumental role in the movie. The Pablo Larraín-directed film spans a pivotal week in the Princess of Wales’ life, during which she decided to end her marriage to Prince Charles and break away from the royal family. 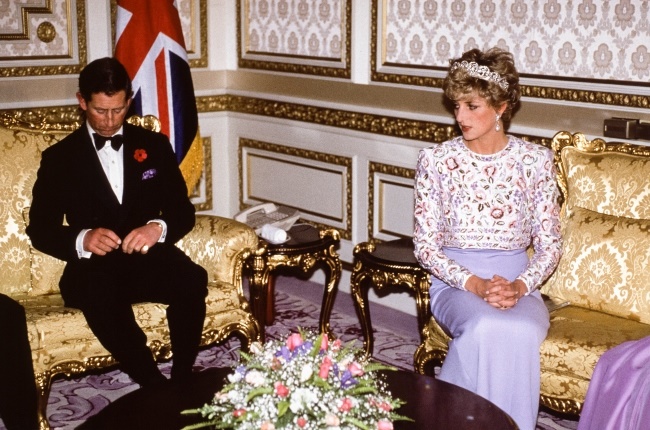 Kristen (30) revealed that even though production doesn't begin until January, she's been busy reading books on the late princess. "In terms of research, I've gotten through two and a half biographies, and I'm finishing all the material before I actually go make the movie," Kristen says.

"It's one of the saddest stories to exist ever, and I don't want to just play Diana – I want to know her implicitly. I haven't been this excited about playing a part, by the way, in so long." But as excited as she is to step into Diana’s pumps, there’s one aspect of the role she’s finding particularly daunting. "The accent is intimidating as all hell because people know that voice, and it's so, so distinct and particular," she admits. "I'm working on it now and already have my dialect coach."

During the candid interview the actress also recalled the pressure she faced to label her sexuality at a young age after it emerged that she dated both men and women.  Kristen, who identifies as bisexual, says she wanted to understand her sexuality first before telling the world.

“The first time I ever dated a girl, I was immediately being asked if I was a lesbian,” she recalls. “And it’s like, ‘God, I’m 21 years old’. I felt like maybe there were things that have hurt people I’ve been with. Not because I felt ashamed of being openly gay but because I didn’t like giving myself to the public, in a way.”

Kristen went on to address her highly publicised romance with Tenet actor Robert Pattinson during their time starring in the Twilight movie franchise together.

“We did everything we could to not be photographed doing things – things that would become not ours. So, I think the added pressure of representing a group of people, of representing queerness, wasn’t something I understood.”

Things between the couple soured in 2012 when Kristen was caught cheating on Robert with her Snow White and the Huntsman director Rupert Sanders, who was nearly two decades her senior and married at the time. Kristen and Robert split up, then reconciled, but eventually parted ways in 2013.

She then went on to date visual effects producer Alicia Cargile and model Stella Maxwell. The Charlie’s Angels star is currently in a relationship with screenwriter Dylan Meyer. In August 2019, the pair were first linked together when they were spotted making out on a New York City stoop.

Kristen admits she knew she loved Dylan from the beginning of their relationship and “all bets were off”.  Last year, she told US radio host Howard Stern that she’s in love and “can’t f**king wait” to get married to her girlfriend and has already started thinking about how she’ll pop the question.

“I have a couple plans that are just the coolest things to do,” she told the radio personality. “I’m really impulsive. I don’t know when it’s going to be.” Kirsten also shared that she thinks the proposal will happen in Los Angeles because they both “love LA” and they’re both “scumbags”. “We both felt like trolls as kids,” she said. “We’re, like, so similar, but different.” We live in a world where facts and fiction get blurred
In times of uncertainty you need journalism you can trust. For 14 free days, you can have access to a world of in-depth analyses, investigative journalism, top opinions and a range of features. Journalism strengthens democracy. Invest in the future today. Thereafter you will be billed R75 per month. You can cancel anytime and if you cancel within 14 days you won't be billed.
Subscribe to News24
Related Links
Ruby Rose: my new role, my sexuality and why I left Batwoman
Zendaya's euphoric rise
Matthew Goode stars in family adventure Four Kids and It
Next on You
Malia Obama has moved on after her breakup and is dating someone nearly a decade older than she is