Justin Bieber and Shawn Mendes have hooked up for the first time on a brand-new song, Monster. (Photo: Gallo Images/Getty Images)

Two of the world’s biggest pop stars have teamed up for a brand-new track.

Justin Bieber and Shawn Mendes get emotional in their song, Monster, about how when you’re famous you’re not allowed to “trip up”.

The music video, released on 20 November, sees the two giving a heartfelt performance while standing on a high white pillar in the middle of the woods. 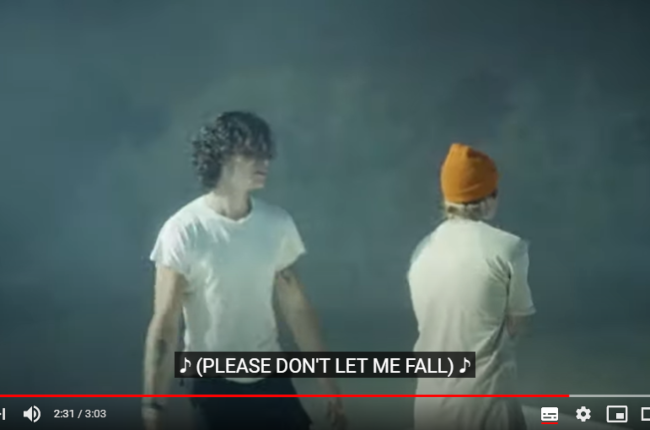 Monster is an emotional new track for the two stars in which they pour out their hearts. (Photo: Screengrabs/YouTube) In the music vid the two singers stand on a white pillar and sing about falling from fame. (Photo: Screengrabs/YouTube) Monster is a first-time collaboration between the two Canadian mega-stars. (Photo: Screengrabs/YouTube)

Monster is the second single to be released from Shawn’s new album, Wonder, which drops on 4 December. The first single, Wonder, shot to the top of the charts.

In a recent interview Shawn (22) revealed why working with Justin (26), who was his hero growing up, was the chance of a lifetime. Shawn Mendes says Justin Bieber was a childhood inspiration to him, despite the Intentions singer just being a few years older than him. (Photo: Gallo Images/Getty Images)

“When I was nine, Justin was my Michael Jackson. He was everything,” he told VMan magazine. “He was what everyone talked about, the singer who everyone wanted to sing and dance like. He completely inspired me to start singing.”

He says he wrote Monster a “long time ago”. “It’s “about how society wants to put celebrities up on a pedestal but as much as they want to do that, they want to celebrate the fall.”

And he could think of no-one better to do the song with than The Biebs. “I called him and said, ‘I have this song and it means a lot to me. If it means something seriously to you and you want to put something very real on it, please be a part of this with me.’ And he did. Since then we’ve become closer than ever.”

The song is the latest in a string of collabs Justin has done this year, including Holy with Chance the Rapper, Intentions with Quavo and Stuck With You with Ariana Grande.

We live in a world where facts and fiction get blurred
In times of uncertainty you need journalism you can trust. For 14 free days, you can have access to a world of in-depth analyses, investigative journalism, top opinions and a range of features. Journalism strengthens democracy. Invest in the future today. Thereafter you will be billed R75 per month. You can cancel anytime and if you cancel within 14 days you won't be billed.
Subscribe to News24
Related Links
Justin Bieber reacts to Shawn Mendes liking wife Hailey Baldwin’s picture
11 stars Justin Bieber dated before popping the question to ‘love of his life’ Hailey
Next on You
Michelle Obama’s advice to her daughters and young women around the world: don't rush into marriage