She wasn’t sure she could ever trust again after the cheating scandal she was embroiled in caused a social-media meltdown. Jordyn Woods was dragged by the Kardashians last year after she reportedly hooked up with Khloé’s baby daddy, Tristan Thompson. But she’s since learnt to forgive herself and has now found love with a basketball player.

The 23-year-old recently went Instagram-official with her new boyfriend, NBA basketball player Karl-Anthony Towns. In the post, the two can be seen cuddling while wearing matching Versace swimsuits. “I found you, then I found me,” Jordyn captioned the loved-up photos, which were taken in Mexico where they were celebrating her birthday at the weekend.

I found you, then I found me??

The former best friend of Kylie Jenner has also opened up on how the cheating scandal caused a rift with her bestie and the rest of the Kardashian-Jenner clan. The scandal led to Khloé and Tristan’s split and Kylie subsequently ending her friendship with her childhood bestie.

For Jordyn, it was all too much to bear.

Jordyn, a model and businesswoman with her own fitness brand, couldn’t deal with the backlash online and ended up deleting all her social-media accounts. “I wouldn't respond to anyone. I responded to about two people. I pushed people away that probably shouldn’t have been pushed away but I just couldn't trust anyone. Everything in my life changed.”

But she’s not expecting people to pity her. Jordyn says she used the solitude to reflect on her role in the fiasco. “Things happen and that's what makes us human. When you can't accept what you've done then you can't heal from it,” she says.

Last year, she told her side of the story on Jada Pinkett Smith’s Red Table Talk, claiming the 29-year-old basketball player tried to kiss her the morning after he hosted a house party. 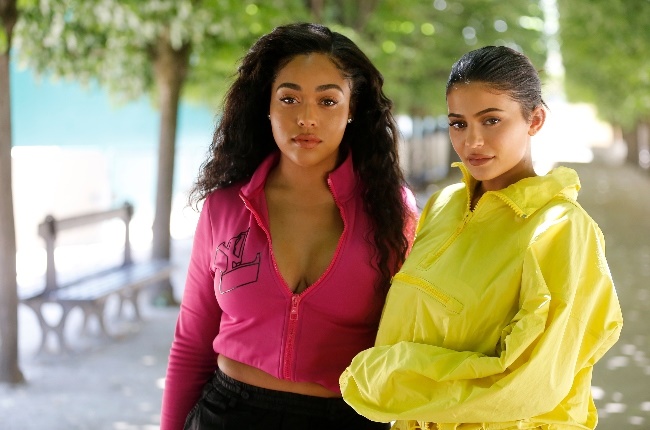 The former best friend of Kylie Jenner has also opened up on how the cheating scandal caused a rift with her bestie and the rest of the Kardashian-Jenner clan. (Photo: Gallo Images/Getty Images)

Now she’s put the past behind her and is focusing on the future with Karl-Anthony, to whom she’s been linked since last year. “I wouldn't say I'm happy something like that happened,” she says, referring to the cheating drama. “But I'm happy I was able to become who I am today.”

We live in a world where facts and fiction get blurred
In times of uncertainty you need journalism you can trust. For 14 free days, you can have access to a world of in-depth analyses, investigative journalism, top opinions and a range of features. Journalism strengthens democracy. Invest in the future today. Thereafter you will be billed R75 per month. You can cancel anytime and if you cancel within 14 days you won't be billed.
Subscribe to News24
Related Links
Does Kendall Jenner have a type? Here's everything we know about her new NBA beau Devin Booker
The clan that called the shots: how the Kardashians changed popular culture one episode at a time
‘I felt like I was on a hamster wheel’ – Kourtney K about filming Keeping up with the Kardashians
Next on You
Malia Obama has moved on after her breakup and is dating someone nearly a decade older than she is