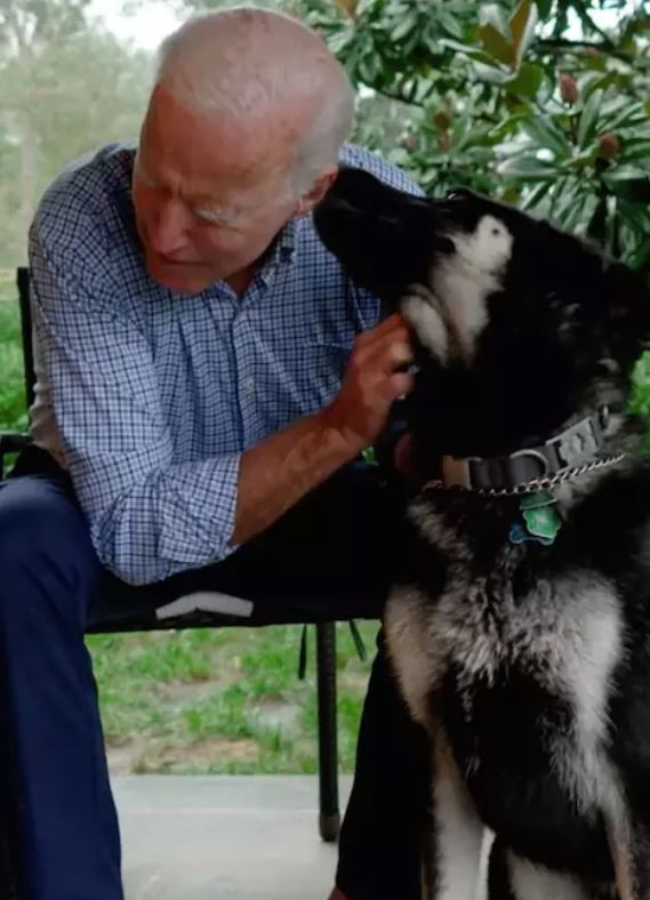 Champ and Major frequently feature on the Biden family's social media pages and made several appearances leading up to the election, no doubt appealing to pet-lovers.

“No ruff days on the trail when I have some Major motivation,” Joe wrote alongside a video of Major licking his face.

Joe has previously jokingly campaigned to “put dogs back in the White House”, in reference to Donald Trump being the first president in 120 years to not have man’s best friend at his side. Before Trump, former presidents Barack Obama had a Portuguese Water Dog named Bo while George W Bush had three dogs, one of whom was an English Spaniel named Spotty. Bill Clinton had a Labrador named Buddy.

A Facebook post by the Delaware Humane Association from 2018 read, “Today is Major’s lucky day! Not only did Major find his forever home, but he got adopted by Vice President Joe Biden & Dr. Jill Biden!

“The Bidens have gotten to know Major while fostering him and are now ready to make the adoption official. Best of luck and thank you for being one of our Friends for life!”

We live in a world where facts and fiction get blurred
In times of uncertainty you need journalism you can trust. For 14 free days, you can have access to a world of in-depth analyses, investigative journalism, top opinions and a range of features. Journalism strengthens democracy. Invest in the future today. Thereafter you will be billed R75 per month. You can cancel anytime and if you cancel within 14 days you won't be billed.
Subscribe to News24
Related Links
Why Joe Biden could possibly be America's next commander in chief and everything we know about him
Next on You
Paris Hilton and husband Carter Reum have harvested eggs and are ready to start their family