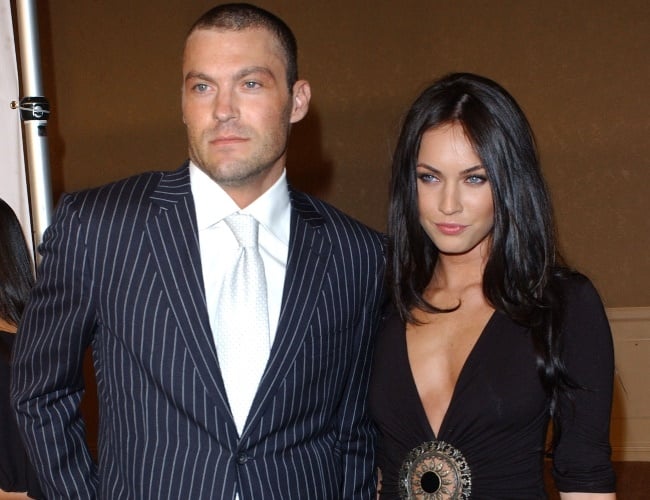 Feuding exes alert! Megan Fox is not happy with her estranged husband – and she’s calling him out on Instagram. The actress lashed out at Brian Austin Green, claiming he’s “intoxicated” with making her seem like a bad mom.

The 34-year-old actress posted a comment on the BH90210 actor’s Instagram account, which showed him enjoying Halloween with the kids, including four-year-old Journey. She called Brian out for not cropping Journey out of the snap.

“Why does Journey have to be in this picture?” she wrote. “It’s not hard to crop them out or choose photos that they aren’t in. “I had a great Halloween with them yesterday and yet notice how absent they are from my social media. I know you love your kids.

But I don’t know why you can’t stop using them to posture via Instagram.

“You’re so intoxicated with feeding the pervasive narrative that I’m an absent mother, and you are the perennial, eternally dedicated dad of the year. You have them half of the time.

Congratulations, you truly are a remarkable human! “Why do you need the internet to echo back to you what should be inexhaustibly evident in the way your children love you?” she wrote.

Brian (47) didn’t rise to the bait. Instead, he quietly removed the photo in question. Then he reposted it, this time meeting Megan's demands.

Hope you all had a happy Halloween!!!

He captioned the new photo, “Hope you all had a happy Halloween!”, as if nothing had happened. Many fans felt he shouldn’t have removed or cropped the photo because he’d done nothing wrong.

One pointed out that Megan Fox posts “half naked photos” on her social media. Several other fans accused her of bullying her ex.

But Brian’s action clearly shows that he respects her. Megan and Brian separated earlier this year after tying the knot 10 years ago. The news came after the actress was spotted with rapper Machine Gun Kelly, her co-star in the upcoming thriller Midnight in the Switchgrass.

Apart from Journey River, they have two other children, Noah Shannon (8) and Bodhi Ransom (6).