‘They were taking my soul’: celebs on why they left the Church of Scientology 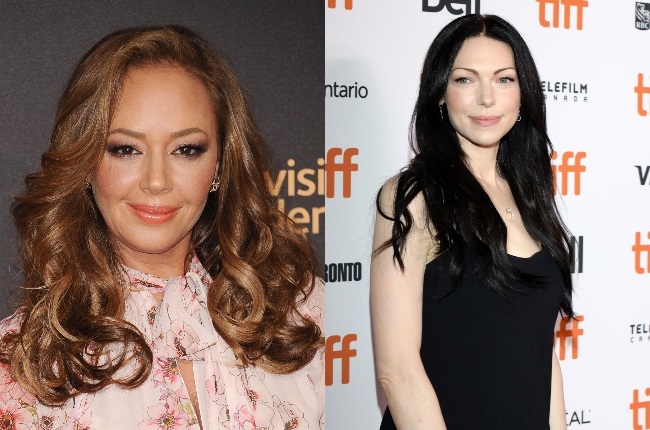 And it seems she thinks others who turn their backs on it have a responsibility to be just as outspoken.

In an interview with Daily Blast Live earlier this week Leah (51) criticised actress Laura Prepon’s exit from the organisation, saying she should have used it as an opportunity to help others.

Laura, who joined the church in 1999, revealed last month that she’d already left nearly five years ago. “I’m no longer practising Scientology. It’s no longer part of my life,” she said. Leah Remini was a lifelong “vocal scientologist” before exiting in 2013 after questioning the religion’s treatment of followers. (PHOTO: Gallo Images/ Getty Images)

Unlike Laura, Leah has systematically documented her post-Scientology life through several docuseries, including Leah Remini: Scientology and the Aftermath.

She says she contacted Laura about the manner of her departure and reportedly told the That 70s Show star she should’ve used her platform more effectively. “I just said, not everybody who has a voice uses it. I got people into Scientology. I promoted it most of my life. For those of us who were in the public eye and who were speaking on behalf of Scientology, getting people into Scientology, I feel that we have a responsibility to do the work when we find out that none of those things we were doing was not only [not] helpful but damaging and very harmful to people's lives,” Leah said. She also didn’t mince her words about 41-year-old Laura’s silence. “You know, some people like Laura feel that they don’t have a responsibility to speak out. Do I respect it? I mean, not really,” she added.

Laura, who has two children with her husband Ben Foster, explained that motherhood changed her outlook. “I’ve always been very open-minded, even since I was a child. I was raised Catholic and Jewish. I’ve prayed in churches, meditated in temples. I’ve studied Chinese meridian theory,” she said in an interview with People earlier this year. Laura Prepon left the church five years ago. She says motherhood changed her outlook on some decisions she made. (PHOTO: Gallo Images/ Getty Images)

She now does daily meditations, which she really enjoys “because it's something that helps me to hear my own voice,”, she explains.

According to a source, Laura was “relieved to be living life on her own terms”. “She wants to focus on her own individual spirituality. She’s a mom now and she’s moved on. She’s building her life around that. Laura found her own spiritual path and no longer wants to be associated with the church,” the insider said.

Laura hasn’t publicly responded to Leah’s remarks. But the church hit back at Leah’s criticism over the years, referring to her actions as “dangerous and irresponsible”.

We look at other celebs who’ve ditched the church lead by David Miscavige. Nicole Kidman studied Scientology courses and worked her way up two years into her marriage with Tom Cruise before she reportedly became fed up and left. (PHOTO: Gallo Images/ Getty Images)

The 54-year-old Australian actress was married to Tom Cruise, one of Scientology’s most well-known members, for 11 years.

Despite being raised Catholic, she studied Scientology courses and worked her way up the so-called Scientology ladder but two years into her marriage with Tom, she reportedly became fed up with David Miscavige and left the organisation.

Nicole, who has been tight-lipped about her departure, shares a daughter, Isabelle, and son, Connor with Tom. They decided to live with their dad and practise Scientology after their parents’ split. “They’re adults,” she says. “They are able to make their own decisions. They have made choices to be Scientologists, and as a mother, it’s my job to love them.” Lisa Marie Presley says she left because the Church of Scientology took everything from her. (PHOTO: Gallo Images/ Getty Images)

The 53-year-old American singer-songwriter was once very committed to her Scientology practice. But in 2012, after 40 years of being a member, she confirmed that she’d left the religion because of the influence it had over her life.

“I got bad advice. I was insulated with no grip on reality. They were taking my soul, my money, my everything,” she said.

“Lisa sees the world in a whole new way since leaving Scientology and feels cheated by following their rules and practices for so long,” a source close to her said. Tiffany Haddish had a brief stay with the Church of Scientology and left soon after signing the contract. (PHOTO: Gallo Images/ Getty Images)

The 41-year-old actress and comedian, who has always been open about her tough upbringing, first turned to Scientology as a means of finding a place to stay.

She took a few courses and once the church found out she was homeless, she was offered a recruiting position and signed a “billion-year contract”. “I thought [it] was crazy but I was like, whatever, I need a place to stay.”

But Tiffany says when she was forced to sleep in a bunk bed, she decided to give it up. “They took me to where we sleep which is called the barracks. And it was bunk beds, and I don’t do bunk beds. I threw a fit, and they tore my contract up and threw me out.” Demi Moore reportedly left the church after ex-husband Bruce Willis said he did not want their children to have anything to do with Scientology. (PHOTO: Gallo Images/ Getty Images)

It’s not clear when Demi was involved in Scientology, but according to reports the 58-year-old actress has been “heavily courted” by the church over the years and was seen leaving Scientology’s “Celebrity Centre” in Los Angeles.

It seems that Demi’s ex, Bruce Willis, wanted their three kids to have nothing to do with it and allegedly drew the actress away from the religion. The creator of Seinfeld never formally joined the church but says he did take classes in his twenties. “In my early years of stand-up, it was very helpful. I took a couple of courses. One of them was in communication, and I learnt some things about communication that really got my act going,” the comedian said in a 2007 interview.

Last year Jerry (67) set the record straight after rumours spread that he was once a practising member of the Church of Scientology. “I found it very interesting, never pursued it,” he said.

We live in a world where facts and fiction get blurred
In times of uncertainty you need journalism you can trust. For 14 free days, you can have access to a world of in-depth analyses, investigative journalism, top opinions and a range of features. Journalism strengthens democracy. Invest in the future today. Thereafter you will be billed R75 per month. You can cancel anytime and if you cancel within 14 days you won't be billed.
Subscribe to News24
Related Links
Hailey Bieber reveals the reason her marriage to Justin Bieber is so successful
Ex-Hillsong pastor Carl Lentz faces claims of sex abuse from his family’s nanny, plus church...
‘I was angry at God’: Justin Bieber remembers the darkest time in his life
Next on You
David Beckham sings Mariah Carey's All I want for Christmas and Victoria Beckham is here for it