This week’s must-see celebrity snaps: stars step out with their fur babies We love nothing more than seeing our favourite stars with their four-legged friends. PHOTO: Getty Images / Gallo images

There's nothing quite like puppy love. Check these adorable photos of celebrities spending quality time with their pet pooches. 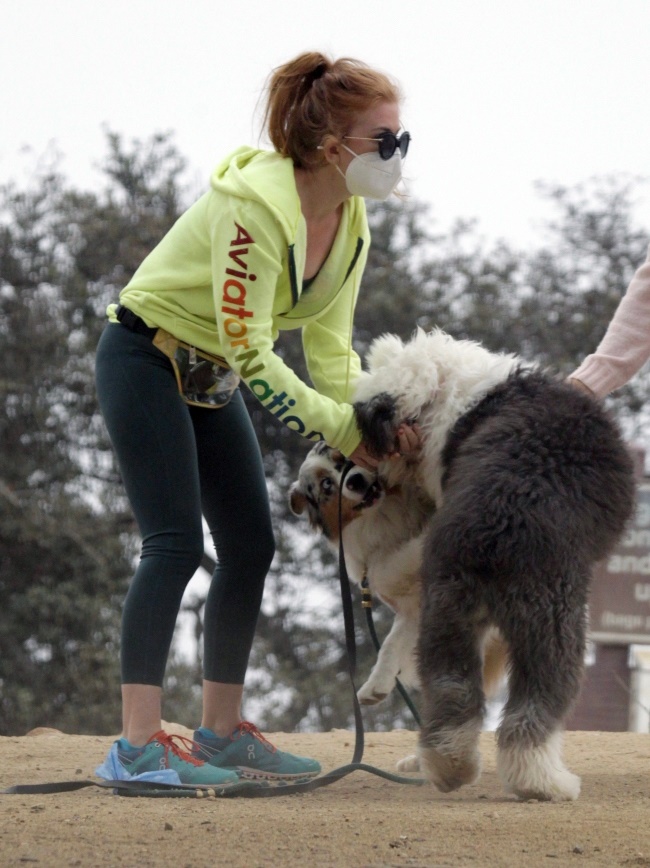 Maisie, a recent addition to Isla Fischer and Sasha Baron Cohen’s family, seems to be settling in nicely and recently enjoyed a hike in Los Angeles. PHOTO: TheImageDirect.com / Magazine Features Felicity Huffman and William H Macy were spotted on a hike with their dogs in Los Angeles, days after news broke that the Desperate Housewives star had landed her first acting job since being released from prison for her role in a college admissions bribery case. PHOTO: TheImageDirect.com / Magazine Features Former Gossip Girl star Chace Crawford and his dog, Shiner, made the most of the warm Los Angeles weather by heading out for a walk. PHOTO: TheImageDirect.com / Magazine Features She may have retired but veteran model Helena Christensen has turned the streets of her New York neighbourhood into her own runway on her daily walks with her Australian shepherd, Kuma. PHOTO: Getty Images / Gallo Images Deborra-Lee Furness turned 65 the other day and celebrated it with a leisurely stroll with her husband, Hugh Jackman, and their dogs, Allegra and Dali. PHOTO: Getty Images / Gallo Images Model Emily Ratajkowski and her artist husband, Sebastian Bear-McClard, might be expecting their first child but until their tot arrives, they have their husky-German shepherd mix, Colombo, to keep them company in New York. PHOTO: Getty Images / Gallo Images Justin Theroux – aka the ex-Mr Jennifer Aniston – and his adorable rescue dog Kuma love nothing more than strolling the streets of New York. With protective gear that is! PHOTO: Getty Images / Gallo Images Robin Wright looked to be in a great mood while taking her and husband Clement Giraudet’s pooch for a stroll near their home in Santa Monica, California. PHOTO: Getty Images / Gallo Images Rumer Willis, actress daughter of Bruce Willis and Demi Moore, carried her miniature BFF, Jack, on her shoulder when she stepped out for a coffee in Los Angeles. PHOTO: Getty Images / Gallo Images
We live in a world where facts and fiction get blurred
In times of uncertainty you need journalism you can trust. For 14 free days, you can have access to a world of in-depth analyses, investigative journalism, top opinions and a range of features. Journalism strengthens democracy. Invest in the future today. Thereafter you will be billed R75 per month. You can cancel anytime and if you cancel within 14 days you won't be billed.
Subscribe to News24
Next on You
Michelle Obama’s advice to her daughters and young women around the world: don't rush into marriage