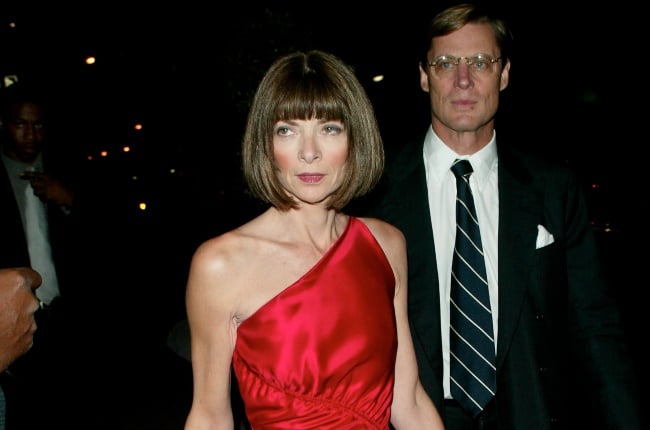 One of the most famous faces in fashion, Vogue editor-in-chief Anna Wintour (70) – the inspiration for The Devil Wears Prada – has parted ways with her husband, Shelby Bryan (74), after more than two decades together.

Anna and Shelby, who were married in 2004, have rarely been seen together in public since 2013.

While news of their separation has only just come to light, a source told People that the couple ended things “ages ago”.

They met in 1999 after Anna divorced her first husband, psychiatrist David Shaffer, with whom she has two children, Charles (35) and Bee (33), and rumours swirled about her having an affair with Shelby, a millionaire businessman. Pictured with her first husband, David Schaffer who she married in 1984. (PHOTO: Getty Images / Gallo Images)

Sources close to Anna say Shelby brought out a softer side of the editor, made her smile and even laugh.

“When the affair went public, she was embarrassed — but it only added to her allure,” said a former Vogue staffer. “They had a very combustible connection.”

It’s unclear what caused the breakdown between them but it’s rumoured Shelby might have rekindled things with his ex-wife, Katherine, while Anna has been linked with Love Actually actor Bill Nighy.

It’s not the first time she’s been connected to the British actor. “I obviously have nothing to say about that. There are a lot of rumours about me and probably about Anna Wintour,” Bill said when asked about it in 2015.

Anna and Shelby’s relationship started experiencing problems in 2013, when it was reported that he owed the US taxman $1,2 million. Anna and Shelby have rarely been seen out together since 2013. (PHOTO: Getty Images / Gallo Images)

“That was the beginning of the end,” a source said. “He started to become a liability.”