In a closeup black-and-white clip on her Instagram stories, the Guardians of the Galaxy star posted a selfie – in which she appears to shed a tear – and captioned the shot with this powerful mantra followed by the hashtag #loveyourself.

The 42-year-old actress has often used her platform to promote causes around gender issues and social change. The New Jersey-born beauty has also been open about her struggles with her emotional wellbeing.

In a video posted by the Child Mind Institute as part of their #MyYoungerSelf campaign in 2018, Zoe spoke about her experience with ADHD and dyslexia when she was younger and urged people to speak up when they feel the need to.

“Who you are and what you’re going through is not wrong. If you use your voice and speak up, then you can get help – from a teacher, a friend, a parent, a hotline, a website. Speak up. You deserve to be heard,” she said.

In an interview with Latina in 2011 she revealed she nearly had a mental breakdown after the success of the 2009’s record-breaking blockbuster Avatar.

“The year after Avatar was just emotionally overwhelming. I was travelling all over the world, waking up in different time zones. Your body gets exhausted, and by the end of the year I just collapsed,” she said.

A mother of three boys, she says she’s found a secret weapon to maintaining her physical and emotional wellbeing over the years, and that’s yoga. After she gave birth to twins Cy and Bowie in 2014, yoga took centre stage in her regular workouts.

Zoe says that as well as yoga she has also tried to find balance in her life over the years. “I just stay at home and do absolutely nothing. When I was younger, that would’ve made me feel like such a failure. Now that I’m older, I know what it means to shut down.

“I don’t shower if I don’t want to. I don’t answer e-mails. It’s a healthy way of being selfish. You know you’re old when gardening and the Food Network blow your mind,” she said.

In light of October being mental health awareness month, we take a look at other Hollywood A-listers who have shared the mental health tips that have helped them cope over the years.

Emma Stone: do a “brain dump” The 31-year-old actress is one of many celebs who teamed up with the Child Mind Institute as part of the #WeThriveInside campaign to share her advice on mental health during the Covid-19 lockdown.

Emma encouraged people to be proactive in managing their mental health, and shared the technique she uses to overcome anxiety. A Wrinkle in Time director, Ava DuVernay, says she always look to other women to find strength and motivation. (PHOTO: GALLO IMAGES/GETTY IMAGES)

The award-winning American director (48) says she turns to other women to boost her mental health and to nurture the hope and passion for what she does.

During her speech at the 22nd Women in Hollywood Awards, she reminded the female attendees that, “We also blossom because we nourish one another. We focus on her – the woman sitting right next to you. We focus on us. It’s equally as important,” she said.

Dwayne Johnson: realise you’re not alone and there is help 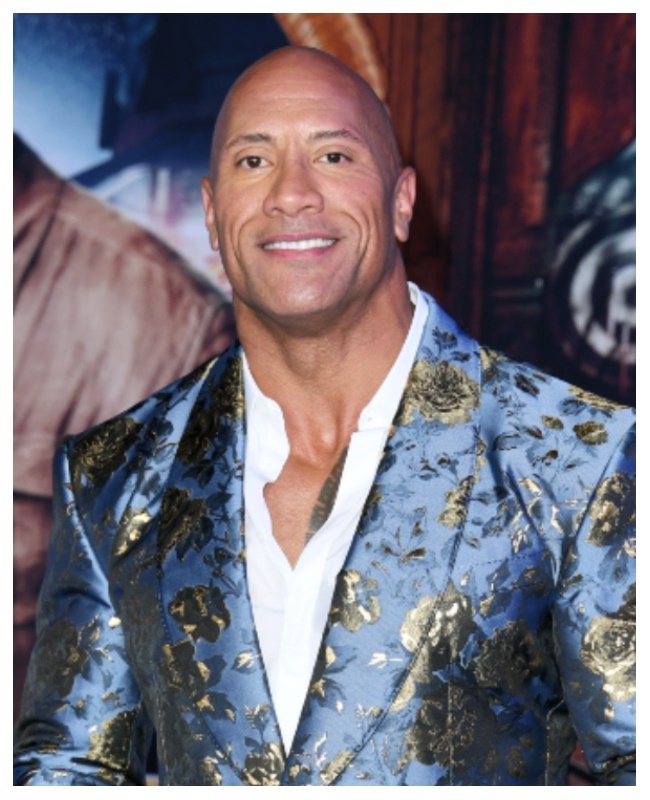 Dwayne Johnson has been open about his battle with depression. (PHOTO: GALLO IMAGES/GETTY IMAGES)

The Rock (48), who’s known as one of Hollywood’s toughest guys, has been vocal about his struggle with depression. The former wrestler-turned-actor says an important step for him in dealing with it was to realise that he wasn’t alone.

“You’re not the first to go through it; you’re not going to be the last to go through it,” he says. “And oftentimes it happens you just feel like you’re alone. You feel like it’s only you. You’re in your bubble. And I wish I had someone at that time who could just pull me aside and [say], ‘Hey, it’s gonna be okay. It’ll be okay,” he said.

Oprah Winfrey: take some time out Oprah says every Sunday she allows herself some time away from everything. (PHOTO: GALLO IMAGES/GETTY IMAGES)

It’s highly unlikely we’ll ever be as busy as Oprah (66) herself, but that doesn’t mean we can’t take from her well of wisdom when it comes to self-care and mental health. For the queen of talk, it’s about taking time away so she can give her all.

“I always give myself Sundays as a spiritual base of renewal – a day when I do absolutely nothing. I sit in my jammies or take a walk and I allow myself time to BE –capital B-E – with myself,” she said in her O Magazine.

Billie Eilish: protect your energy and have patience The Bad Guy singer is all about protecting her energy and having patience. (PHOTO: GALLO IMAGES/GETTY IMAGES)

The 18-year-old Grammy-award winning singer has been open about how she protects her energy, such as ignoring haters on social media, while also sharing her advice for those who may need help with self-love and mental awareness.

“When people ask me what I’d say to somebody looking for advice on mental health, the only thing I can say is patience. I had patience with myself. I didn’t take that last step. I waited. Things fade,” she said in an interview with Vogue. Kristen Bell says the first step for her was taking about her feelings of anxiety and depression. (PHOTO: GALLO IMAGES/GETTY IMAGES)

The 40-year-old actress has written essays about living with anxiety and depression. “I felt plagued with a negative attitude and a sense that I was permanently in the shade. I’m normally such a bubbly, positive person, and all of a sudden I stopped feeling like myself. Mental health check-ins should be as routine as going to the doctor or the dentist. After all, I’ll see the doctor if I have the sniffles.

”The Veronica Mars star says talking about your feelings is the first step to helping yourself. “Depression is a problem that actually has so many solutions. Let’s work together to find those solutions for each other and cast some light on a dark situation.”