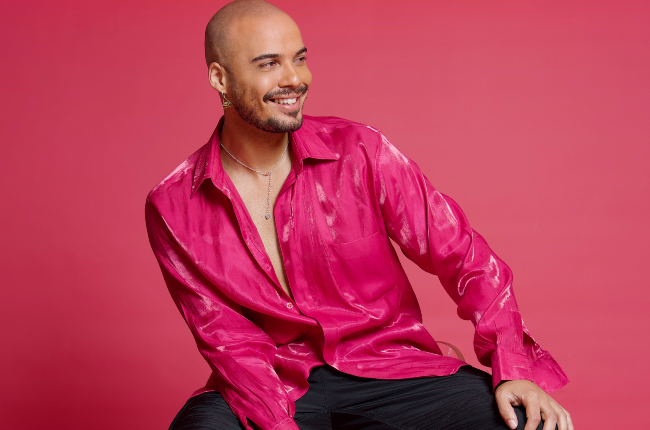 Local singing sensation Jimmy Nevis is back with a new song, Magenta, which he says is inspired by the divine.

“Magenta is about reaching that place of euphoria. I think it also has a spiritual side to it. For me, it's about the journey to paradise, whatever that may be.”

DAMNNN...I'M SO HAPPY IN MY CHAPS ON NATIONAL TV ?????? IT'S #MAGENTA WEEK BABY. ?? TOMORROW IS 1ST RADIO PLAYS NATIONWIDE. I'M ON @5FM IN THE MORNING (8.10AM) STAY TUNED...WE GOT A LOT TO DOOOO. ALSO MY GUYS WHO HELPED ME PULL OFF THIS PERFORMANCE.... I GOT MAD LOVE & RESPECT FOR YOU. THANK YOU FOR YOUR SHARING YOUR GIFT WITH US: BAND: @darren_petersen @melvin_bassline @trevinoisaacs PRODUCERS: @ameenharron @djcosher DANCERS @optimalentertainment_ STYLING @leroy_koopman

The track, which he performed live for the recent Miss SA contest, follows the chart-topping success of his last single, Hey Jimmy, which reached No 1 on radio stations across the country.

The Capetonian wrote the Afro-pop track in Los Angeles with songwriter pal Nisha Asnani and producer Michael McEachern and says they took inspiration from one of the greats – Lionel Richie.

“We started talking about Lionel Richie and how his music just takes us to a happy place. Eventually it started to feel emotional and we just let it happen. This song is all about the feeling.”

The music video for Magenta was shot in one of his favourite places – the Cederberg in the Western Cape.

#MAGENTA MUSIC VIDEO ON YOUTUBE + FB! SHOT ON ONE OF MY FAV HIKES @capenature CHECK IT OUT ??????

“The video explores this journey between myself and another spiritual side of me,” Jimmy says. “It's also open to interpretation. Most of the video happens at this incredible waterfall which I have been going to for the last three years – it's one of my favourite spots in the world. It feels like I got to capture a very sacred space.”