How Zakes Bantwini can change his marriage contract to Nandi Madida 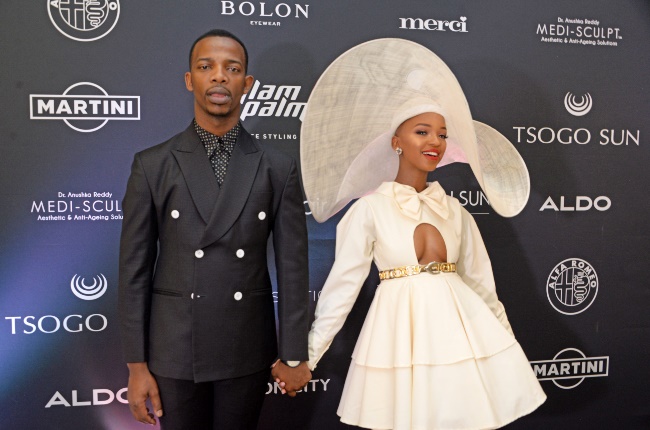 He adores his wife – but he also loves his assets. Which is why Zakes Bantwini is taking legal steps to change their marriage contract after discovering they were mistakenly married in community of property.

When the musician and his wife, Nandi Madida, celebrated their fourth wedding anniversary in June, he described himself as “the luckiest of husbands”. But the award-winning record producer and musician didn’t feel so lucky when he discovered that due to a “misunderstanding” they were married in community of property, and not out as they’d originally decided.

Zakes and Nandi, a model, presenter and vocalist, discovered the slip-up during a recent review of their personal financial affairs.

He says before the pair tied the knot in June 2016, they had planned to be married out of community of property.

Based on this, he’s now petitioning the Joburg high court to rectify the error.

And his wife, with whom he has two children, is supporting him all the way. Nandi reportedly signed an affidavit, declaring her agreement to dissolve their in-community-of-property marriage.

“As a result of misunderstanding between ourselves and the marriage officer, who conducted the marriage ceremony, we understood incorrectly as it now appears that he would be in position to ensure that our marriage would be out of community of property without the application of the accrual system,” Zakes explains in an affidavit.

Happy Birthday to my beautiful wife @nandi_madida , I hope this year brings you as much joy and happiness that you have brought and continue to bring into our family. #happybirthdaynandimadida

According to litigation lawyer Puleng Tladi from Neumann van Rooyen Attorneys, this kind of thing happens if a couple want to marry out of community of property but fail to go to an attorney or a notary to draw up an antenuptial contract (ANC).

According to South African law, if you don’t sign an ANC before the marriage, you are married in community of property by default.

“They had to go to a notary first, who then would assist them to register for an out-of-community contract at the marriage office. Only after the ANC has been registered at home affairs should they have decided to get married,” she says.

ANCs are usually approved within three months of registration. In the event that the ANC is not signed on time or before the wedding day, the couple can approach the high court in terms of the Deeds Registries Act 47 of 1937, applying for a joint application seeking permission for the late signing and/or registration of the ANC.

But what exactly do the different types of marriage contracts entail?

Tladi explains this type of contract by using the example of a pot.

This also means everything you both owned previously and even after the marriage becomes one thing, including your debts and assets.

OUT OF COMMUNITY OF PROPERTY

With this option you have the choice of opting for marriage out of community of property either with or without accrual.

With accrual everything you owned previously before you got married remains yours. However, once you get married everything you accumulate from there onwards will be shared between you.

If either of you are saddled with debt, the other isn’t liable as is the case with community of property.

“The one without the accrual system means what’s mine is mine and what’s yours is yours,” Tladi explains. So you don’t share any assets and when the marriage ends you leave with all the stuff that’s yours and in your name and your partner gets what’s in their name.

Zakes confirmed he and Nandi want to enter into a post-nuptial contract and that they’d prefer one without the accrual system because they both have successful careers and independent sources of income.

“At all material times, it was the intention of the second applicant and myself to be married out of community of property without application of the accrual system,” he stated in his affidavit.

It is possible to change by registering for a postnuptial contract by virtue of s 21(1) of the Matrimonial Property Act with the permission of the high court.

But Tladi says the changing of a marriage contract is an expensive process which can set you back from R200 000 to half a million in legal costs.

The postnuptial process includes legal fees, notice to the registrar of deeds, costs of the publishing notices in newspapers as well as in the Government Gazette.

“It’s a lengthy process and can leave you bankrupt.”

Tladi says that usually some people tend to look for shortcuts and decide to divorce then get married again later on.

“It’s an easier way but it’s unethical and I would not advise anybody to do that,” she says.

Zakes and Nandi have already taken the first step, which is to approach the high court.

He’s the first applicant in the case and she is the second applicant and has signed a confirmatory affidavit agreeing to the dissolution of their in-community-of-property marriage.

“Remember they are one estate so obviously they both need to come together and apply to the high court to change their matrimonial property system,” Tladi explains.

Both have had to list sound reasons for the proposed change. The court must be satisfied that no one will fall short or be discriminated against by the change in the matrimonial property system.

The registrar of deeds and all their creditors must also be given fair notice of the proposed change. “A letter must be sent to all creditors, including the people you both owe and the ones you once owed.

“You need to show the court all your assets and liabilities. You will need to publish it in the Government Gazette and in newspapers at least two weeks before the hearing of the application,” Tladi adds.

The process can take as long as it needs to, for the all parties and the court to be satisfied. Once the order is granted, the postnuptial contract is implemented and will be registered at the deeds office.

Summary of documents and things needed to change your marriage contract

We live in a world where facts and fiction get blurred
In times of uncertainty you need journalism you can trust. For 14 free days, you can have access to a world of in-depth analyses, investigative journalism, top opinions and a range of features. Journalism strengthens democracy. Invest in the future today. Thereafter you will be billed R75 per month. You can cancel anytime and if you cancel within 14 days you won't be billed.
Subscribe to News24
Related Links
Mom who married an Elder wood have you believe it’s tree love
Jewellery designer Jenna Clifford reflects on the breakdown of her marriage
Amor Vittone opens up about being ready for love again
Next on You
Mohale Motaung opens up about his turbulent life with Somizi and how he plans to move on