Britney Spears marks 20 years of her 'Oops I Did It Again' album: Here’s the story behind the iconic outfit 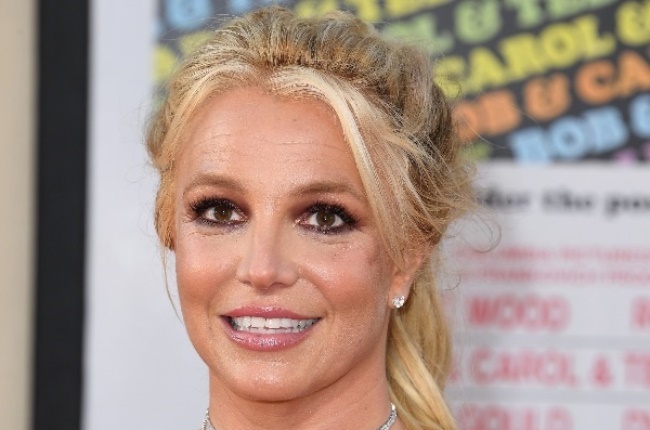 It’s hard to believe it’s been 20 years since we saw Britney Spears writhing around in that iconic red latex bodysuit.

But indeed two decades it has been since she released her second album Oops! I Did It Again – and to mark the occasion the 38-year-old pop star shared a sweet message with her 24,3 million fans on Instagram.

She shared a video made by a fan that shows clips of an interview with her at the time talking about the album, which went on to sell 20 million copies.

In one clip the then fresh-faced 18-year-old gushes over her lead single and song the album would be named after.

"Actually I just got finished hearing the first single. And I'm so happy about it. It's incredible, it's amazing and I think it's better than Baby One More Time," she gushes.

Commenting on her then exploding fame, she says, "It’s really weird that my name is known all around the world . . .  It’s really exciting."

In her accompanying caption, Britney thanked the person who made the video, writing, "I just nearly dropped my phone I wasn’t expecting it!!! 20 years since the Oops! album . . . the anticipation and the butterflies."

She went on to thank her legion of diehard fans, writing, "Thanks to you folks . . . thank you for sticking with me and growing with me. I am one lucky girl."

She ended it with a "PS, you see even 20 years ago I still liked to twirl."

Her loyal boyfriend, Sam Asghari (26), was one of the first to comment, with a simple, "Inspiring" and a red heart emoji.

Among the stars who commented was Balmain designer Olivier Rousteing, who added a red heart emoji.

As for the new iconic red outfit, the video’s stylist recently revealed that the outfit almost never happened.

"We wanted everything to be sexy and monochromatic," Estee Stanley said of Britney's vision for the video.

She went to costume designer Michael Bush and they created the look "last minute".

"In [the music] world, everybody has to do everything in two minutes, so we knew he could pull it off. And he did," she told Vogue.

Since latex makes you sweat immediately, Michael admits he was nervous to put it on Britney, who had to dance all day in it.

"I was nervous that she would pass out. After one take, I unzipped her, and it literally looked like a bucket of water poured out of this jumpsuit. She had a very intense day, to say the least."

Britney has released seven more albums since Oops, her most recent being Glory in 2016.

We live in a world where facts and fiction get blurred
In times of uncertainty you need journalism you can trust. For only R75 per month, you have access to a world of in-depth analyses, investigative journalism, top opinions and a range of features. Journalism strengthens democracy. Invest in the future today.
Subscribe to News24
Related Links
Mali singer Rokia Traore flees French justice to return home
In 'We Are Sent Here By History', Shabaka and The Ancestors are the Last Angel of History
Pretty Things frontman Phil May, 75, dies
Next on You
Mary-Kate and Ashley Olsen open up in rare interview: ‘We were raised to be discreet’