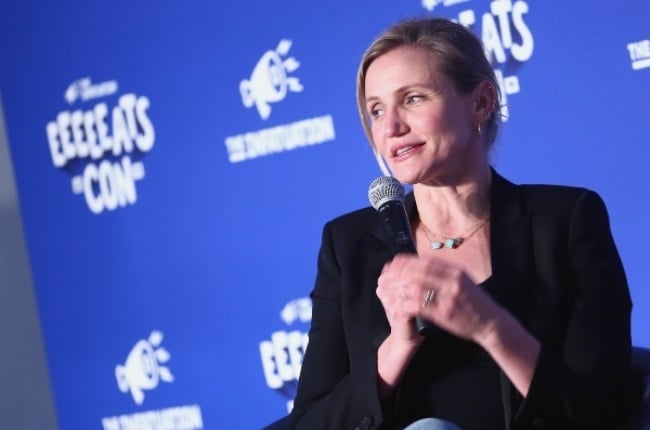 Her fans have wanted it for years now and it seems Cameron Diaz is seriously thinking about returning to the spotlight.

The Hollywood star recently hinted she’s open to a return to acting after a six-year hiatus in which she became a mother for the first time.

"Obviously, everybody wants you to go back to acting," the star, who shot to fame in 1998’s There’s Something About Mary, said in an interview with make-up artist Gucci Westman for her Makeup and Friends YouTube series.

"Look, I’m never going to say 'never'. I’m not a person who says 'never' about anything, clearly," she added.

The 47-year-old hasn’t done a movie since the 2014 remake of Annie, in which she played the role of Miss Hannigan.

Gucci responded by saying Cameron’s reply was "encouraging", and that people "love" watching her onscreen.

The blonde beauty, who’s starred in a heap of hits, retired from acting saying she’d had enough.

"I started [working in showbiz] when I was 22, so 25 years ago – that’s a long time. The way I look at it is that I’ve given more than half of my life to the public," she said in an essay for InStyle magazine’s 25thanniversary issue in 2019.

She’s since poured her energy into the field of wellness, penning a couple of self-help books, and of course in January she and rocker hubby, Benji Madden (41), became first-time parents to daughter, Raddix.

"I love being a mother, it’s the best, best, best part of my life," she gushed in a recent Instagram chat with Katherine Power, founder of the fashion website Who What Wear. "I’m so, so grateful and so happy and it’s the best thing ever, and I’m so lucky to get to do it with Benj."

We live in a world where facts and fiction get blurred
In times of uncertainty you need journalism you can trust. For only R75 per month, you have access to a world of in-depth analyses, investigative journalism, top opinions and a range of features. Journalism strengthens democracy. Invest in the future today.
Subscribe to News24
Related Links
Cameron Diaz and Benji Madden secretly welcome first child
Selma Blair says she was ‘just joking’ about Cameron Diaz retiring from acting
Next on You
Brooke Shields bares her banging bikini body as she calls herself ‘lucky to be alive’ after gym accident